The courtyard of the Renaissance Town Hall in Konstanz changes annualy in August into the chamber stage of the musical theater. The artistic director of this chamber opera, Peter Bauer, chose the theme of Greek mythology for this year's productions: the story of Ariadne, daughter of Cretan king Minos. In collaboration with the Municipal Theater in Konstanz, it‘ll present two operas of composers from the same generation: one-act operas Ariane, H 370 by Bohuslav Martinů and L'Abandon d'Ariane by Darius Milhaud.

Ariane (1958) was composed in the final year of Martinů´s life and it took him just one month to finish it. He started to compose it during the first and second versions of The Greek Passion which cost him a lot of effort. This one-act opera is based on a drama by Martinů’s well-tested source of inspiration and personal friend, the French playwright Georges Neveux. After Juliette, he made his second excursion to the dream world of Neveux's heroes with Le Voyage de Thésée. 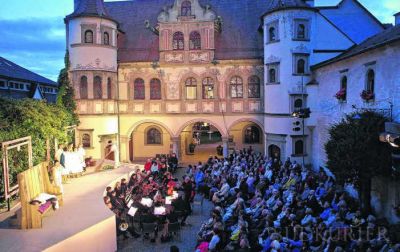