Third volume of Early Ochestral Works is out 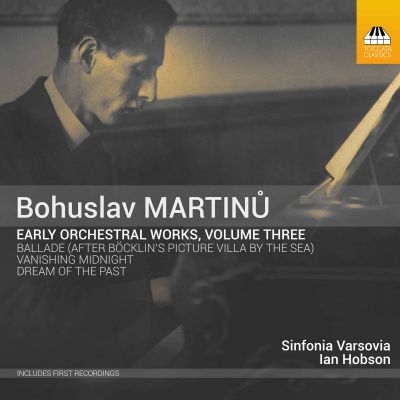 The album contains two shorter pieces, Dream of the Past, H 124 with pianist Agnieszka Kopacka or Ballade (after Böcklin’s picture Villa by the Sea), H 97, for which it is the first recording ever. Also the symphonic triptych Vanishing Midnight, H 131 from 1922 receives here its first recording.

To listen to the album, you can visit Toccata Classics:
https://toccataclassics.com/product/bohuslav-martinu-early-orchestral-works-volume-three/