Premiere of Juliette in Wuppertal

On March 3, Bohuslav Martinů’s opera Julliete (The Key to Dreams), H 253 will be premiered in Wuppertal. Director of the production is Inga Levant, the orchestra of Wuppertaler Bühnen will lead young Austrian conductor Johannes Pell. Main soloists are Ralitsa Ralin as Juliette and Sangmin Jeon as Michel. 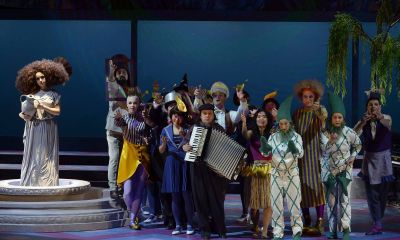 Bohuslav Martinů composed Juliette between 1936 and 1937 in Paris and by himself wrote the libretto based on the play by Georges Neveux. "The whole play is a desperate effort in search of something stable, concrete, on which one could rely, memory, conscience, which is undermined at every moment, transformed into tragic situations, in which Michel fights to maintain his own stability and preserve his common sense. Should he fail, he would have to remain in this world without memory and without time forever," Martinů wrote in the opera’s transcription for piano.

In recent years, Juliette has appeared on several opera stages throughout Europe, such as Frankfurt, Opera Zürich, Grand Theatre de Genève, the Berlin State Opera or the National Theatre in Prague. The last-mentioned production will be available for three months on March 3 via OperaVision.

Wuppertaler Bühnen will present the opera in German language. More information are to be found here.