Bohuslav Martinů’s most famous opera Juliette was premiered in Prague on March 16, 1938. The Opera of the National Theatre in Prague will commemorate the 80th anniversary of the world premiere with the best way possible - with a performance of the opera. The anniversary will be also commemorated by the exhibition in Václav Havel Square, which will be held until March 21. It features photographs from the first and current production of Juliette or of the original score. The National Theatre in Prague also participates for the first time in the project Operavision.eu which broadcasts the opera online. 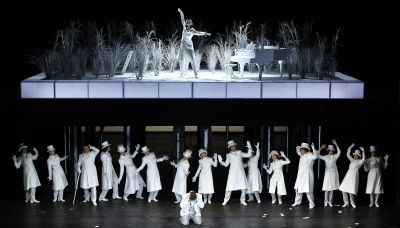