At the end of last year, a new album from Toccata Classics with early orchestral works vol. III by Bohuslav Martinů was released. The album contains two short pieces Dream of the Past, H 124 or Ballade (after Böcklin’s picture Villa by the Sea), H 97 and the symphonic triptych Vanishing Midnight, H 131. Album recorded by Ian Hobson with Sinfonia Warsaw and pianist Agnieszka Kopack is now reviewed by music magazines. 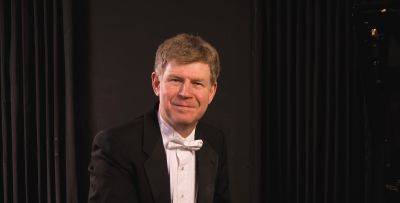 “I was enjoyably flabbergasted by this early music of Bohuslav Martinů. The music on this well-produced CD represents a side of this composer that I was completely unaware of… These performances do justice to the music.” Mark Novak, Fanfare Magazine (Issue 41:6 July/Aug 2018)

„As far as surveys of neglected, twentieth-century, orchestral music go, this one from Toccata devoted to Czech composer Bohuslav Martinu's (1890-1959) early works is one of the most enlightening now underway… Once again English conductor Ian Hobson and the Warsaw-based Sinfonia Varsovia give us another outstanding release of more early Martinu orchestral goodies. As before, he gets superb playing from the members of this first-rate Polish ensemble.“ Bob McQuiston, Classical Lost and Found

"Both previous releases in this series have been, to some extent, exploratory and revelatory in charting the context of Martinů’s early musical development but this latest release has strong claims to being the most important yet." Jonathan Woolf, MusicWeb International

More about the album here.