Jiří Bělohlávek's final word on the music of Bohuslav Martinů

One of the most important events in classical music this autumn will be the release of a recording of Bohuslav Martinů’s pastoral opera What Men Live By, wonderfully performed by Jiří Bělohlávek with the Czech Philharmonic and a whole host of important soloists. The world premiere recording will be released by Supraphon both on CD and in digital formats on 19th October 2018. 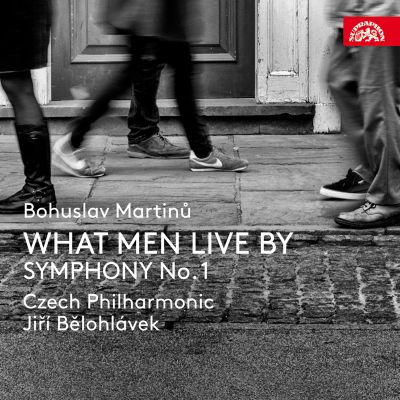 Jiří Bělohlávek (1946–2017) was an important worldwide ambassador of Bohuslav Martinů’s music. For the Supraphon label alone he recorded nearly forty of Martinů’s symphonic compositions, concertos, and stage works, and many of these were world premiere recordings. Despite large-scale plans, this recording also represents both the highpoint and the conclusion of Bělohlávek’s noteworthy discography of Martinů’s works.

The premiere recording of the opera-pastoral What Men Live By was made from three concert performances in December 2014 (the production earned a nomination for the International Opera Award). Martinů composed it to his own libretto in America at the turn of 1951–52, and he had a clear idea concerning its performance: “It must not be played ‘pathetically’, but joyfully. ... The text strongly tempts one to come up with a very serious, ‘deep’ conception, but that is not what I had in mind. To me, it is a rather joyful work, and what the listener must feel is not some sort of religious moral (lesson), but instead joy. The moral is in fact in the joy.”

In 1955 the BBC considered producing the opera for television, but the idea did not come to fruition. This autumn at the Golden Prague International Television Festival, audiences finally got to see the premiere of a television version directed by Jiří Nekvasil, which was awarded a special prize at the Golden Prague International Televison Festival.

This recording of the Symphony No. 1 was made in January 2016, and it joins the earlier releases of Symphonies Nos. 3–6. It was part of a planned but unfortunately unfinished complete set of Martinů’s late orchestral works. Bělohlávek’s tenure with the Czech Philharmonic during the last five years of his life was a very happy time for both parties, and it led to the development of new qualities in the orchestra’s sound. This recording shall endure as living proof of what was a very special constellation of humanity and artistry.

The album is available here.