The Bennewitz Quartet awarded at the Classic Prague Awards 2018 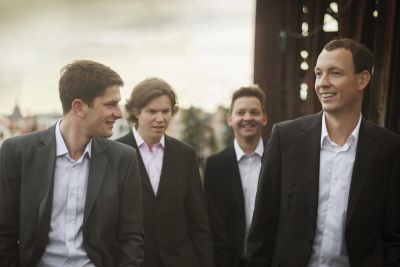 The Bennewitz Quartet is one of the top international chamber ensembles, a status confirmed not only by their victories in two prestigious competitions – Osaka in 2005 and Prémio Paolo Borciani, Italy in 2008, but also by the acclaim of the critics. The Bennewitz Quartet especially enjoys playing and performing on the Czech domestic music scene. Particular highlights have included their cooperation with the Czech Philharmonic and its former chief conductor Jiří Bělohlávek in 2012, with whom they performed Bohuslav Martinů’s Concerto for String Quartet and Orchestra.