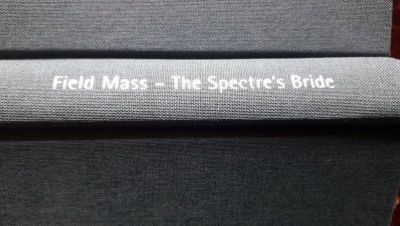 The present volume of the Bohuslav Martinů Complete Edition (BMCE) contains two vocal-instrumental works. The “Field Mass” (1939) with a text by Jiří Mucha incorporating bible and liturgy quotes was created in reaction to the outbreak of the Second World War and intended for outdoor performances. The cantata “The Spectre’s Bride” with a text by Karel Jaromír Erben was composed in 1932 as part of the ballet “Špalíček” (meaning “Chapbook”); the composer later took out the cantata, making it into a stand-alone concert piece.

The autograph scores served as primary sources for both works. The edition of the “Field Mass” (including its performance materials) also contains the original version of the ending with a quote from the Czech medieval hymn “Jezu Kriste, štědrý kněže” (“Jesu Christ, Bountiful Priest”) and a number of contemporary translations.