Eliška Nováková has passed away at the age of 91

At the age of 91, pianist and teacher Eliška Nováková passed away on 13 September 2019. She was a wife of the composer Jan Novák and during her performances she consistently devoted herself to promoting the music of Bohuslav Martinů. The last farewell will take place on September 20, 2019 at 10.30 am in the Church of Sts. Alban in Burgrieden, Germany. As a memory of Eliška Nováková we publish Jarmila Mráčková's text published in Martinů Revue 2019/1 on the occasion of her 90th birthday. May she rest in peace! 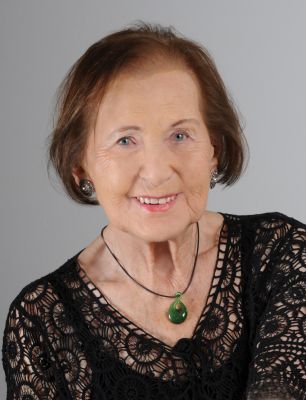 Eliška Nováková (née Hanousková), pianist, teacher, and honorary member of the Bohuslav Martinů Society from 2012, celebrated her 90thbirthday on 30 July 2018. She celebrated the occasion in the company of her daughters, the pianist Dora and the flautist Clara, and with a chamber concert attended by official guests.

After completing grammar school, Eliška Nováková studied the piano at the Brno Conservatory. She graduated in 1950 and continued her education under Prof. František Schäfer (who was barred from teaching at the Janáček Academy in 1949–58). The launch of her performance career dates back to this time. In 1957, the critic František Hrabal wrote in Hudební rozhledy: “[…]the young, extraordinarily talented pianist[…] is indisputably among the cream of the interpretive crop of her generation in Brno, and we highly appreciate her meticulous dramaturgical deliberation and her constant promotion of the compositional oeuvre of Bohuslav Martinů.” These words were written after a performance of Martinů’s Sonata for Piano, H 350, which she executed in a world premiere on 3 December 1957 in Brno. She rendered the Czechoslovak premiere of Fantasy and Toccata, H 281,in 1955, the Czech premiere of Concertino for Piano and Orchestra, H 269,in 1954. She collaborated on the first performance series of the chamber works of Martinů, which was organised by Zdeněk Zouhar at the University Library in Brno. Czech Radio Brno has fourteen of her recordings of compositions by Bohuslav Martinů. In 1956, when the Brno State Philharmonic was established, she and her husband, the composer Jan Novák, participated in the first foreign performance of the orchestra at the Warsaw Autumn Festival (Concerto for Two Pianos and Orchestra by Jan Novák). After the 1968 occupation, the Nováks moved abroad with their two small daughters – first to Denmark, then Italy (Rovereto, Riva), before finally settling down in Ulm, Germany. The numerous concert programs of the piano duo – from Italy, Switzerland, Spain (Ibiza) – testify to the frequency with which they included works by contemporary Czech composers and also their repeated performance of Antonín Dvořák’s Slavonic Dances.

Eliška Nováková was also active as a teacher until 2014. The charming, kind lady has been visiting our country since 1990; she attended the Jan Novák Tribute Concert at Besední House in Brno on 17 November 2009. She donated the manuscript materials for her husband’s compositions to the Czech Museum of Music – National Museum in Prague.