Ariadne is the tenth volume of the Bohuslav Martinů Complete Edition. The opera’s score was launched during Smetana’s Litomyšl

The Bohuslav Martinů Complete Edition – an ambitious project of the Bohuslav Martinů Foundation, prepared by the Bohuslav Martinů Institute and published by Bärenreiter – continues its successful run with the tenth volume, the opera Ariadne. The launch of the publication was celebrated at Nové Hrady Castle on 30 June, in anticipation of the pre-premiere of Thrice Ariadne, a performance that encompasses three musical settings of the ancient myth, by Monteverdi, Benda, and – of course – Martinů. 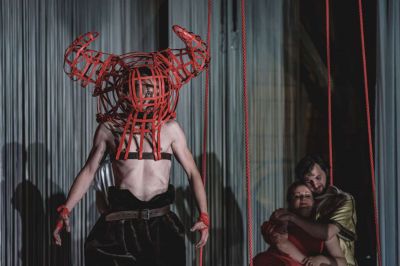 Ariadne, lyric opera in 1 act, H 370, is a short opera by Bohuslav Martinů from 1958 written to the composer’s own libretto after Georges Neveux’s play Le Voyage de Thésée. The present critical edition, which draws on all extant sources, correspondence, and other documents that facilitate the reconstruction of the author’s original intentions, was edited by Robert Simon in conjunction with the Bohuslav Martinů Institute. This tenth volume of the complete critical edition was published by Bärenreiter.

The score’s publication was celebrated at Nové Hrady Castle on 30 June, on the occasion of the pre-premiere of Thrice Ariadne, a project prepared for the festival Smetana’s Litomyšl under the direction of Magdalena Švecová. Švecová combined Martinů’s opera with the fragment Ariadne’s Lament by the Early Baroque master Claudio Monteverdi and with the Classicist Ariadne on Naxos by Jiří Antonín Benda. 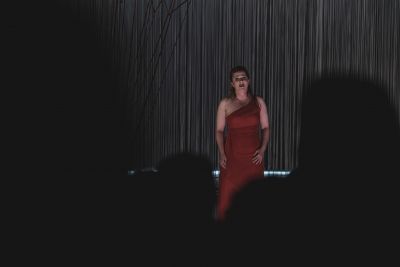 Patronage of the new volume was taken up by JUDr. Pavel Smutný, President and Founder of the Bohemian Heritage Fund. He recalled Bohuslav Martinů’s importance for Czech culture and its representation abroad. Aleš Březina, Ph.D., Director of the Martinů Institute, presented the project of the complete edition and the impact it has on the actual performance of Czech music: “The main contribution of the new edition, besides the meticulously processed notation that stems from a detailed understanding of all the musical and non-musical sources, is also the elucidation of surprising and previously completely unknown circumstances of the genesis of the work.”

The event was also attended by PhDr. Michal Novenko, Vice-President of the Board of Directors of the Bohuslav Martinů Foundation, which has consistently supported both the Institute and the complete edition since 1995. Publishing Director of Bärenreiter Praha, PhDr. Eva Velická, expressed the publisher’s determination to continue with the project of the Bohuslav Martinů Complete Edition in spite of the troubling economic situation. 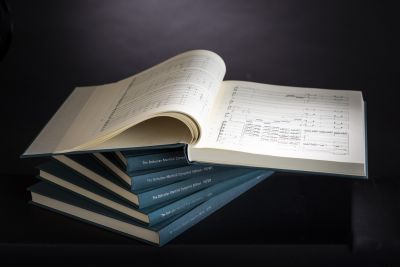 Smetana’s Litomyšl has promoted the efforts of the Bohuslav Martinů Institute for many years; six years ago, it hosted the launch ceremony of the first two volumes of the BMCE with the personal attendance of Mr and Mrs Scheuch, then owners of Bärenreiter. At the time, the patrons of the two volumes were Jiří Bělohlávek and Daniel Herman in his capacity as Minister of Culture of the Czech Republic.