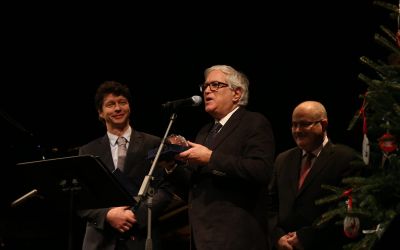 American musicologist, professor Michael Beckerman received Gratias Agit Award in New York from the representatives of Ministry of Foreign Affairs of the Czech Republic for his long-standing support of the Czech culture, Czech music and the Czech music composers in the US.

The lifelong passion of Professor Michael Brim Beckerman has been a true blessing for the Czech music and musicology scene. His caring yet critical approach towards classical music written and performed in the past half-millenium by musicians and composers from what is today Bohemia and Moravia, is inspiring both in its professional merit and in its innovative and often provocative methodological approaches towards the subject matter at hand, which until recently was often discussed almost exclusively in a positive light. Beckerman's scope ranges from strictly academic publications to brilliantly formulated popular articles in the New York Times. His conference on Janáček and Czech music, which he organized in 1988 at Washington University in St. Louis, has already become a matter of legend — he had invited musicologists from five countries to the event, including from what was then Czechoslovakia, and for many of them, it was their first-ever encounter with the American musicology scene. As an excellent musician and pianist, Beckerman was able to combine his deep understanding of Czech music with brilliant theoretical reflection. For decades, he has educated countless musicologists at Washington University in St. Louis, UC Santa Barbara, and NYU, opening the door for many of them to Czech music. It would, of course, be wrong of us to reduce his contributions to musicology to just Czech music, but it's quite clear that it's precisely Czech music in which he has left his deepest mark in the past half-century.  He was awarded with a Bohuslav Martinů Foundation Medal in 2002.

Interview with Michael Beckerman can be read here: 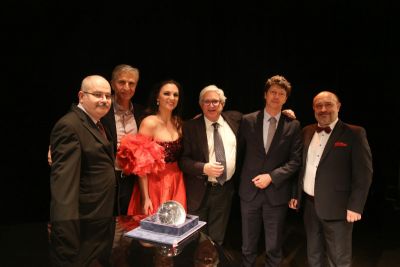