The Bohuslav Martinů Foundation has a new Director, Irvin Venyš

The foundation charged with administering the estate of the composer Bohuslav Martinů has a new Director from the start of this year – doc. Irvin Venyš. The post was previously held by Prof. Jiří Hlaváč, who symbolically handed over his office at the last concert of the Bohuslav Martinů Days.

The foundation, which was established through a bequeathal by Charlotte Martinů, has a new Director as of 1 January 2022 – the clarinettist doc. MgA. Irvin Venyš, Ph.D. Venyš teaches the clarinet at the Academy of Performing Arts in Prague, where he also serves as Vice-Dean for Pedagogy Affairs, Science, Research, Innovation and International Relations. He co-founded and continues to organise the Prague Clarinet Days and the Concert against Totalitarianism, which commemorates the anniversary of 17 November and the persecution of artists by totalitarian regimes and which regularly includes music by Martinů. He is one of the most progressive performers in the Czech music scene, who collaborates with numerous contemporary composers and actively participates in premieres and performances of compositions by authors both domestic and foreign. 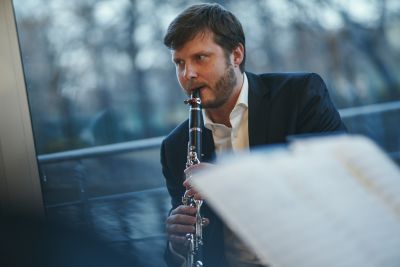 He has taken up the post of Director after Prof. Jiří Hlaváč, another clarinettist tenured at the Music Faculty of the Academy of Performing Arts, where he served as Dean. Hlaváč symbolically handed his office over on 17 December at the last concert of the Bohuslav Martinů Days, the festival that has been organised by the Bohuslav Martinů Foundation for the past 27 years. 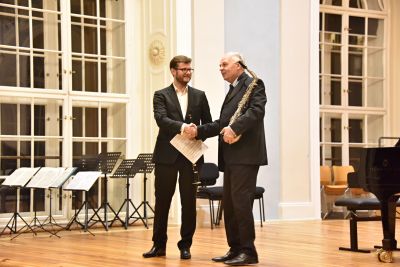