Paths – crossing and diverging, those we choose ourselves and those that are predestined and inevitable: through this prism the violinist Josef Špaček and the cellist Tomáš Jamník view the music by Leoš Janáček, Gideon Klein, Bohuslav Martinů and Ervín Schulhoff written within a mere 35 years of the 20th century. Supraphon will release their album Paths on 22 April 2022 on CD and in digital formats within international distribution.

Josef Špaček and Tomáš Jamník did not title the album randomly. They found out that the four composers were often inspired by their movement and travels. The musicians compiled a list of the places Janáček, Klein, Martinů and Schulhoff visited, and made a special map, which they attached to the CD, thus making it possible for the listener to identify the artists’ paths. 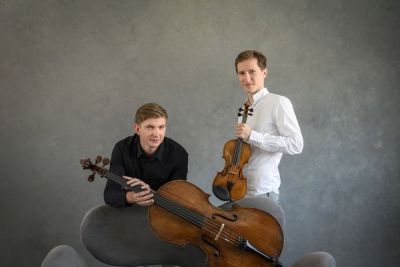 Leoš Janáček, enraptured by the idea of Pan-Slavism, was led by desire to Russia, a country where he found inspiration for his string quartet (here in an ambitious arrangement for violin and cello), in a novella by L. N. Tolstoy. “We asked our friend Jiří Kabát to transcribe Janáček’s quartet for two instruments. His arrangement magnificently renders all the nuances of the piece. The quartet is really demanding in technical terms, with a few of its elements initially coming across as simply impossible to perform. Yet we really enjoyed overcoming this difficulty,” Josef Špaček said. 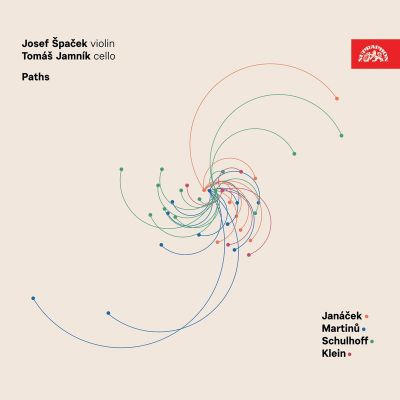 Ervín Schulhoff, an admirer and friend of Janáček’s, invested his hopes in Soviet Russia, yet this did not save him from death in a Nazi concentration camp. A similar fate (incarceration in Theresienstadt and Fürstengrube) befell Gideon Klein, another gifted and promising composer. The album Paths features his remarkable Duo for Violin and Cello. “Perhaps our greatest revelation was Gideon Klein, who was murdered by the Nazis at the tender age of 25. Fortunately, we have available a diary in which he recorded in detail his trip to Italy he made before fate turned against him,”  Tomáš Jamník said, adding: “What the four composers had in common is that, notwithstanding the misfortune that afflicted their lives, they imbued their music with a bit of optimism too. Amid the fraught times we are living in, optimism is the main message our album bears.”

The paths pursued by Bohuslav Martinů – first driven by a thirst for knowledge and then forced to flee the Nazis – led from Prague through Paris to the USA, before a return to Europe; yet circumstances did not allow him to see his beloved country again. Martinů wrote his Duo for Violin and Cello No. 2 towards the very end of his life – and it splendidly concludes Josef Špaček and Tomáš Jamník’s album. “Oddly enough, the most time-consuming work was with the piece that has been performed most frequently of the five included on the album – Bohuslav Martinů’s first duo. Its one and only existing edition contains a huge quantity of errors, such as absent dynamics in the cello or absent bars in the cadenza. Our aim was to give the listener the opportunity to hear the piece precisely as Martinů intended it to sound,” Jamník pointed out.