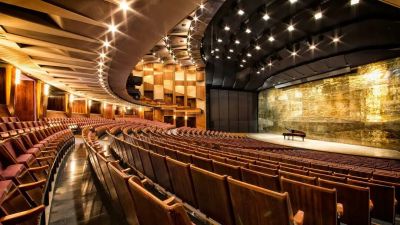 In June 1942, a Nazi commando destroyed the village of Lidice near Prague, murdering all the men and sending the women and children to a camp. Bohuslav Martinů composed his touching Memorial to Lidice the following year while emigrating to the USA, in which Beethoven stands for fate and the hymn of St. Wenceslas for hope. For a hope that is also palpable in the bell symbolism of the Adagio of Shostakovich's Leningrad Symphony. "I dedicate my Seventh Symphony to our struggle against fascism, to our inevitable victory over the enemy, and to Leningrad, my hometown ..." the composer wrote on March 29, 1942, at the work's premiere in Moscow. A memorable performance took place in besieged Leningrad on August 9, so this year marks the eightieth anniversary. The mighty work would not be by Shostakovich if it did not also contain subliminal criticism of Stalinism. Above all, it became a symbol of anti-fascism and resistance to tyranny not only in the Soviet Union, but soon in the West as well.

The Brno Philharmonic Orchestra, one of the elite orchestras from the Czech Republic, and its charismatic chief conductor Dennis Russell Davies will perform this special and, unfortunately, still topical program.