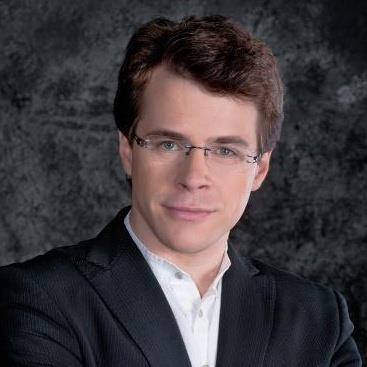 In the autumn of 2014, I have again been afforded the opportunity to perform Smetana’s My Country on a number of occasions. I wrote about the work recently, in connection with my conducting the Melbourne Symphony Orchestra in Australia. This time, I experienced the piece’s performances by the Wiener Philharmoniker at its two major halls (the Musikverein and Konzerthaus), and I will soon present the entire cycle in Bamberg (with the Bamberger Symphoniker) and Lisbon (with the Orquestra Gulbenkia). In addition, a performance in London with the Philharmonia Orchestrain one of its upcoming seasons is under discussion.

All these occasions are extremely intriguing. First of all, I would like to refer to the phenomenon which is absolutely exceptional for us Czechs: It is with great pleasure that I have observed the recent extensive interest in My Country. In the case of the orchestras based in German-speaking areas (the Wiener and Bamberger Philharmonikers), however, the stimulus came with that which, with some exaggeration, could be called “a well-meant social condition”, suggesting that My Country could be combined with another work, which would duly place it in a wider context and the cultural framework of contemporary society. To put it simply, I was offered the inclusion of a contemporary piece in the same programme. Yet the motivations of the two orchestras were somewhat different.

In Vienna, I conducted My Country on the eve of and on an Austrian national holiday (the “Nationalfeiertag” on 26 October, commemorating the Declaration of Neutrality in the wake of the departure of the allied forces in 1955). Remarkable in its own right was the fact that the orchestra’s management ventured to celebrate Austrian sovereignty with a Czech cycle of symphonic poems, which I greatly admired, as did, as I would later find out, many of the musicians too – I was moved by their repeatedly pointing out that we were after all a single country, albeit with different details of cultural traditions, and hence My Country is actually their music too (to say nothing of how much it must have meant to the Czech emigrants in Austria). The factor that was to substantiate that which was going on, and to “smooth the edges” of the sharply defined programme, for (not only) those who would disagree with the aforementioned explanation of the dramaturgy, was the performance of a relatively new work by the Austrian composer Gerald Resch (born in 1975 in Linz), titled “Land” (which fitted into our context), ushering in Smetana’s colossus. I should add that this piece’s motif basis is the Austrian national anthem (by the way, penned by Wolfgang Amadeus Mozart), which opened the evening. Consequently, the whole concert was in a way to symbolise the national rapprochement between the Austrians and the Czechs – and as such met with a very positive response. For me personally, the concert gave rise to further deliberations on how akin the Viennese (I think, more than the Austrian!) milieu is to us Czechs and how much the two nations have in common as regards culture and its perception. This fact had particularly struck me when I put it within the context of my previous, and following trips. When you arrive from Toronto, Houston, but also Turin, and then depart for London, Detroit and Philadelphia, Vienna really does come across as your home. (And to me, a Brno native, even more so.) Even the mentality of the Viennese musicians seems to me very similar to that of the Czechs.

The motivation for presenting Smetana’s cycle in Bamberg (the concerts are scheduled for 4 and 5 December) is slightly different. The organisers wished to update the festive Czech symphonic statement somehow generally and therefore asked the Danish composer Poul Ruders (born in 1949 in Ringsted) to respond to Smetana in a contemporary way with a short piece, which will succeed My Country at the concert. The result was the “Group Portrait with Smetana”, in whose score’s heading Ruders writes: “It is the shortest orchestral work I have ever composed; hence, it should be presented to the audience in an equally short verbal manner in the programme. Actually, this is done by the title itself (brazenly taken over from Heinrich Böll). I sincerely hope that listening to this piece will bring a gentle smile to the faces of all those who know and love Vltava and the overture to The Bartered Bride.”

It goes without saying that I did not feel overly excited when I promised such a performance of the two mentioned compositions, since the canon of Smetana’s cycle and the great regard for it we Czechs have do not allow us to put it next to anything else. Just imagine if we were to add something to My Country at an opening concert of the Prague Spring festival! Or am I wrong? Is it actually not as inappropriate as it seems with respect to tradition? After a while, I began pondering precisely in this manner. Combination with contemporary music in particular may result in a sharpening of the view of a work so generally known in our country. Perhaps we should let ourselves be inspired by initiatives of this kind abroad. True, then it is almost impossible (yet not entirely impossible) to play My Country uninterruptedly, as advocated by many conductors. (In Vienna, I made a break after Šárka; in Bamberg, the pause will, logically, be after From Bohemia’s Woods and Fields.) The added value may indeed be controversial, but indisputable nevertheless. Yes, I finally agreed, since I felt that it concerned a valuable revival of the canon, not its demolition.

In Lisbon, I will again be faithful to the conservative traditions. A debate of a different nature broke out in London though. The problem, faced by the local, otherwise enlightened champions of all possible intriguing dramaturgies (I recall the cycle of Czech music, which I had the opportunity to conduct last year and about which I wrote previously) is economic and marketing-related. The London-based orchestras (with perhaps the exception of the state-owned BBC enterprise) have to fight for audience share through sensitive planning of their programmes. Should the budget be anyhow changed (in this respect, ensembles in England are in a fraught situation, always exposed to the risk of cuts), the grand-scale Smetana cycle project, as it has been offered to me for the next season, will be compromised. If the work, still only sporadically performed abroad (until this year, the Wiener Symphoniker had only delivered it twice – in 1969 and 1985; in England it has been played on more occasions, yet very irregularly), is to be presented with a full social impact, everyone wishes it be attended by a large audience; what is more, the Philharmonia Orchestra officials would record a documentary similar to that on the theme of Janáček, Dvořák and Suk. Another question arose, of whether My Country should not be preceded by a solo concert featuring a popular stellar artist. Owing precisely to my holding London and the Philharmonia Orchestra (to which I am in great artistic debt too) in great reverence, I have politely turned this possibility down. I am convinced that the diverse and informed London audiences should hear My Country with all its cultural weight so as to embrace it fully. I am glad that my partners at the Philharmonia Orchestra accepted my view and have agreed to create the ideal conditions for the precious gem of Czech music, even if this would mean delaying its presentation by another season. It is worthwhile. My Country does not deserve to be performed in an atmosphere of ordinariness.