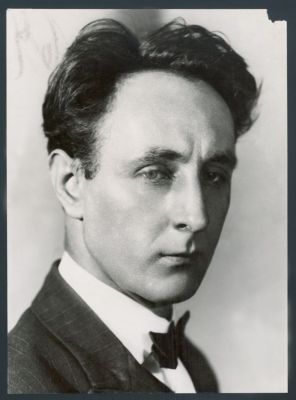 I feel an immense inner joy since in May I was faithful to Czech music and thus also the remarkable project called the Year of Czech Music, which we are currently experiencing with great intensity. When it comes to Martinů, I focused on a single work of his: Cello Concerto No. 1. I was afforded the opportunity to perform it with two phenomenal yet very different soloists: first with Sol Gabetta at the new Helsinki Music Centre and subsequently with Johannes Moser at the Wiener Musikverein. Both of the soloists gave a splendid account of Martinů’s piece.

I must confess to you that there are cases when the national pigeonholing, which I have continuously encountered and which otherwise I may deem somewhat annoying, has turned into an embellishment and honour of my professional life and inner experience. If, with your kind permission, I am to pause and think what beautiful works I have had the honour to perform since the beginning of the 2014/15 season and what I still have in store until the end of the season, I feel a great happiness in my heart. I would now like to provide you with a short summary of what I have been able to enjoy to date and can still look forward to in the sphere of Czech music.

... I am fully aware of the “cataloguing” inappropriateness of my list, but recently I was referred to as being the world’s most ardent champion of Czech music within its celebratory year. On the one hand, I was ravaged by doubts as to whether it really is so; on the other, I felt a difficult-to-define sense of satisfaction. And after I had gone through all that which I have encountered and all that which I am scheduled to do within this single season (leaving aside the other, international, half of my repertoire), I was simply flabbergasted... And since I do not work with any advisers of the PR type, I decided to present this opulent list to the public (you).

By the way, this time neither Martinů nor any other of the mentioned giants (among which, with a slight audacity, I also privately rank my beloved Gustav Mahler) have been the target of any doubts on the part of journalists, with the very opposite being the case: I have solely and exclusively met with admiration for the wealth of Czech culture, which we can make use of limitlessly and pride ourselves on. The Vienna gig in particular was a breathtaking experience. The applause at the famous golden Musikverein roared from both sides of the stage, and it was difficult to say whether it was Kabeláč, Janáček or Martinů whose music earned the greatest ovations. I know, however, that the piece by the third one (“our” Martinů) formed the necessary contrast with the dramatic and impassioned compositions by the other two, and that Martinů’s non-sentimental nostalgia was able to move Finn and Austrian alike.

As you can see, with an inadvertent despair, my present article has so far eschewed the punch line – well, I haven’t actually prepared one. Accordingly, it will be more a small note than anything more inspiring. Nevertheless, in conclusion, I would like to impart to you an interesting Martinů-related experience.

In the middle of May, I was given the opportunity to converse in front of the television cameras with the charming Sol Gabetta about the Martinů piece we had performed together in Helsinki, and our amiable debate led us to the theme of the composer’s typical nostalgia. We sought its roots, impulse and reason – and I happened to recall the beloved intonations of the Fantaisies symphoniques and The Opening of the Springs. I described how difficult a situation Martinů had been in (this is not generally known) when – after a long, albeit voluntary, cultural emigration in interwar Paris and his flight to the USA, practically enforced by the circumstances during World War II – he hesitated to return to his homeland for fear of lack of freedom and a painful clash of opinions, which would necessarily have occurred when face to face with the ruling Communists and the new regime. These late works of his (of which I have established the most intimate relationship with the Fantaisies symphoniques and the Parables) reflect the same longing for the homeland and the people living there, which we know in the most striking form from Dvořák’s Cello Concerto in B minor. And since the second movement of the Martinů piece Sol and I performed together is immensely nostalgic and melancholic (the Concerto was only completed in the 1950s), I spontaneously ascribed the expression of desire and other emotions to the very feeling of grief resulting from being so far from his homeland. Yet in an instant I realised that Martinů had composed his first cello concerto much earlier, in his native Polička. All of a sudden it was clear to me that back at the time he had already found in his soul the emotional dimension which many years later he would profoundly apply in the intonations of the then already deeply and genuinely felt desire for the faraway homeland. This reminded me of other similar cases in the history of music and arts. Let us recollect Josef Suk, for instance, Martinů’s teacher, by the way. If he hadn’t possessed the inner propensity to tragicality and an intimate, authentic expression of grief, later on he would not have been able to recast the throes he suffered at the death of his father-in-law and his beloved wife into the dignity of the purgatorial symphony Asrael. And the dedicatee of this great Suk piece himself, Maestro Dvořák, on the final pages of his celebrated sentimental cello composition must have flared up with the same sweet grief and made ring the same string of pure love, which he had felt a long time previously in the period of his early erotic and extremely personal songs.

The souls of all beautiful people pass through a labyrinth of change, yet they either inflame for the utmost depth of expression and beauty very early (albeit imperfectly) or (many of them) never again. If only many geniuses of genuine emotion in the music would not gradually lose their inner connection with it owing to their being tired, having fulfilled themselves or coming to know all too well the unreliability of the everyday world and becoming overly hackneyed...

Even if it were the one and only thing that I, as an interpreter, could learn when touching on the pilgrimages of Beethoven, Janáček, Mahler, Tchaikovsky or Suk on the one hand and, in contrast, the fates of Liszt, Strauss, Novák or Stravinsky on the other, I would be thrilled to arrive at the awareness that there is simply no end to artistic paths in this world and that their horizons will for ever remain veiled to us as anticipated certainties and half-revealed mysteries.