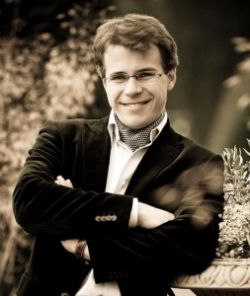 When I previously reported on battling for Martinů in Cologne and Ottawa, I hadn’t the slightest inkling that I would soon be reading an absorbing critical article from the latter city. A relatively short time after my performance of the Toccata e due canzoni with the National Arts Centre Orchestra, the Ottawa Citizen newspaper published a review titled “Hrusa brings lesser-known Czech composer to NACO”, written by Richard Todd. It was one of those pieces that give rise to “mixed feelings”.

On the one hand, I had to acknowledge that our performance did not fully convince Mr. Todd. Otherwise he would not have written that we played a piece which is “one of those works that are well-crafted and attractive in many ways and not without moments of real beauty”, and concluded the same paragraph with the words: “Ultimately, though, it’s pretty forgettable.” When I had finished reading the line, I was overwhelmed by the proverbial dislike of many performers against the critics. And I feel obliged to point out that I am not one of those who consider artistic reviews useless in general (a lot of artists are of that opinion!) and I do not respond to the critics with indiscriminate words. I still believe that if the critical thinking is cultivated, not only (in the better case) informed, constructive, not scurrilous, and good-natured, not mindless or vindictive even, it is indeed worthwhile. At that moment, however, I asked myself whether the reviewer really possesses such a liberal spirit given that he is able to pronounce such swift, ruthless judgment on a work in which the composer left a good deal of his innermost life, formed by long-time previous toilsome experience, a judgment following a single performance in a place where his oeuvre is not overall well-known.

Yet soon I had (with pleasure) to grant that Mr. Todd had manifested a critical nature. Not only that a little bit later he declared that "it’s probably safe to assume that the conductor knows the score well and that he considers it worth taking abroad”, but, most notably, admitted – and this ultimately convinced me of a positive intention, albeit one not formulated with an overly thoughtful sensitivity – that even though he would have preferred it if I had presented Janáček or Suk in Canada, his certain aloofness from Martinů could be down to “a lack of familiarity on my part” with the composer’s work.

Please try to understand me, I am not writing all this so as to enter into a dispute with a critic about who ultimately has the final word, whether it is the performer or the critic (this is, after all, an unseemly posed dualism – and then we should in turn ask whether the composer or the listener!). It concerns something else. I deem it nice that if a critic is able to influence very directly the general opinion of unknown cultural phenomena, and if he decides to voice simple critical judgements, he does so possessing the courage to admit that at least a little bit of that which he says is his personal opinion, not a generally valid fact. And then I find it extremely nice that the entire tone of the voiced criticism is kind and actually constructive. Since if the Martinů piece wasn’t entirely to his taste, he could have commented on the work with a single defamatory sentence, as often happens in similar cases. Yet his pointed reference to Janáček and Suk did rile me somewhat in the sense that Martinů was not performed in Canada in well-known company or alongside more popular Czech musical gems, therefore within their context, but as a more rarely showcased representative of our culture in the globalised world. At least Janáček will then perhaps always logically appear to the Canadian world as a more exotic, more unusual and more original composer – while Martinů, a much more cosmopolitan (and more Western) spirit, can, upon a hasty perception, give rise to the comparing question mark. (As I wrote in my first article – especially in a person to whose soul Martinů’s cultivation and subtlety, actually a certain intellectualism, albeit sensual, may seem more distant.)

Yet I definitely made my peace with Mr. Todd shortly after, a few weeks later, I had launched my cycle of contributions to promoting Czech music with the Philharmonia Orchestra in London. This time – in addition to Dvořák – we presented the very two Czech geniuses required by Mr. Todd, that is, Janáček (the overture to Jealousy and Sinfonietta) and Suk (Praga). I was really proud of our playing Suk’s homage to Prague, hardly ever performed anywhere abroad – not only did the orchestra deliver it splendidly (I hadn’t the slightest doubt as to the fact that the musicians not only embraced but also came to cherish and respect the work), but the audience rewarded us with an entirely unexpected and exceptional enthusiasm. Praga’s certain national pathos, however, proved too much to bear for a reviewer of a leading British newspaper. The next day, the paper published the critic’s article, in which he highlighted the piece’s shortcomings (for instance, the feeble compositional connection between its episodes) and subsequently, with a conspicuous gusto, poked at its inspiration, complaining of Suk’s being inspired for his poetic work by a city of such significance as Prague. If the model were a city of lesser significance (for instance, “Basingstoke”!), the work, in the critic’s opinion, would perhaps be shorter and more bearable. Yet in that case the audience would have been deprived of all the surges of the Hussite chorale undertones, as he added ironically.

When I was reading this mercilessly sarcastic article (although relatively explicable – at least as regards its attractiveness for readers - in London, where dozens of remarkable cultural events take place every day), I once again perceived the inevitable existence of different collateral realities. One such is the spirit of the concert itself, also actually determined by that which still affords sense to live performances at the present time – that is, the bidirectional flowing of energy between the two sides of the concert hall – the other being the parallel reality of the media world. It indeed almost beggars belief how many more people can form an opinion (or simply adopt it) of the particular event on the basis of the view of a single writer and his/her life circumstances (and momentary mood). By no means do I challenge the critic’s right to being edgy, challenging, “educational” even. The very opposite is true – I love every review that provides a brilliant analysis of that which was heard, even a merciless one. But I call upon the critics to be responsible. If that is indeed the case, I respect them, above all when I can feel their good intentions. In this regard, I have Mr. Todd in particular in mind. How different it would have been had the London critic written: “I myself consider the pathos and nationalism of Suk’s work excessive,” and added, for instance, why it is so, possibly even the fact that the piece met with an enthusiastic, even frenetic, response on the part of a substantial section of the audience.

Yet hope for us – with the exception of critics of the Mr. Todd type – remains in the fact that not every concert is reflected upon in just a single review. Long may it continue to be this way!