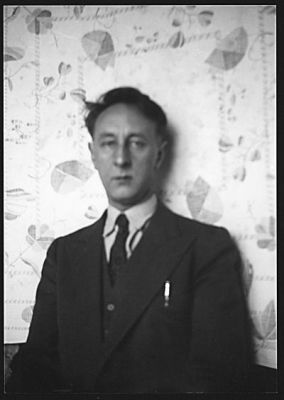 It is the dead of night and I have just returned from a concert performance of Martinů’s Toccata e due canzoni, the second this month. The first was given last week in Cologne with the splendid WDR Symphony Orchestra, the one today with the no-less-pleasing National Arts Centre Orchestra in Ottawa. At this quiet late hour I still don’t feel like sleeping (owing in part to jet lag), so I will make use of the opportunity to compare the two concerts, two different worlds and two different approaches to the music material, the style of rehearsing and getting to grips with a previously unknown work...

After I’d written the previous deliberations on the topic of Martinů’s symphonies, I received an extremely inspiring response to my estimation of the popularity of the pieces he created in this musical form. As I have found out thanks to Mr. Thiele’s stimulus and on the basis of the Bohuslav Martinů Institute’s research, Symphony No. 1 is far from being overshadowed by his later symphonies, as I myself wrote (since 1986, the work has been performed 77 times, while the other symphonies, from the Second on, have been given, respectively, 38, 25, 93, 60 and 188 performances). On the other hand, the research has indeed confirmed my assumption that Symphony No. 3 is a “Cinderella” and deserves to be promoted! (I apologise to Mr. Thiele and everyone else for the unintentional mystification.) Consequently, I will no longer plunge into theses requiring musicological edification and merely state that the Toccata e due canzoni will most likely not be as famous a Martinů work as his symphonies. It is, however, a piece kindred to them in terms of its origination (the 1940s), and one that was composed on the basis of the experience gained from them. One of the objections I have heard regarding Martinů is that he was so diligent and wrote so many works that it is necessary to select from among them carefully. Yes, I acknowledge this assumption – after all, this applies to almost (!) every diligent composer. In my opinion, the Toccata e due canzoni definitely ranks among the compositions worthy of attention, and my personal experience as a conductor has confirmed this.

I would like to avoid inaccurate generalisation, hence I will only make a brief note pertaining to two specific performances, the two concerts at which I myself was present, first and foremost in relation to the Toccata itself, e.g. the first movement in particular. As the title indicates, it is a warbling perpetuum mobile, based on a mechanically vigorous (but not machine-like) rhythm, with quintessentially Martinů flashing melodious planes, spurts of typically syncopated joyous cantabile exclamations. These very two phenomena made it possible to observe with curiosity the relatively different approaches between the German and Canadian orchestras. Whereas in the first case, it took them rather a long time to bring the movement’s texture together, they discussed its problems and challenges, experimented with the orchestra’s setting, so that everything would run smoothly, in the second case the interplay (I’m not saying everything else too) was achieved virtually immediately. I asked myself whether it is a general phenomenon that North American orchestras are often able to acquit themselves more easily of tasks based on regularity and non-evasiveness of rhythm than European ensembles.

At this juncture, I would like to point out that I feel a professional affection for the Cologne orchestra and I have no doubts whatsoever as to its orchestral culture or, for that matter, German orchestral culture in general. The very opposite is true. A certain role was also played by the acoustic situation in the respective halls – whereas the otherwise wonderful concert hall (the Philharmonie) in Cologne is not among those with the most lucid stage acoustics and tiny rhythmics get slightly flat in the place of tone clanging, in Ottawa they play in a relatively dry hall, in which the relation of each tiny note to another tiny note is immediate and clear. Another factor is the actual size and character of the ensemble – whereas the WDR is a large symphony orchestra (and we performed the Martinů piece in a somewhat larger configuration, owing precisely to the sheer size of the hall), the National Arts Centre Orchestra is a more chamber-like ensemble, that is, one for which the Toccata e due canzoni was actually written (specifically, the Basler Kammerorchester under Paul Sacher). My observation, polarised in this way, does not pertain to the two canzonas (quasi songs), let alone the other repertoire included in the respective programmes (among other pieces, a Dvořák symphony in Cologne, a Beethoven symphony in Ottawa). The difference in approach to the purely rhythmic task, however, was notable indeed.

In a way, my heart again rejoiced at the fact that there is no correlation between orchestras and continents. And both performances have enriched me. Whereas in Germany we diligently worked for several days, improving and consolidating the orchestral culture (of which already at the beginning of the week many an orchestra would not be ashamed, even at a concert), talking things through a lot, with almost every musician asking about this or that, interested in his/her colleagues’ parts, striving to fathom the sense of that which is played and how, rehearsing several times the difficult passages; within the rapid process in Ottawa (I repeat: when it came  to the Toccata!), we did not “tackle” so many things, the composition was simply seized and played (there were other types of challenges). Actually, not even the fact that they had on their stands a previously unknown work dating from the first half of the 20th century and written by a not overly frequently performed composer gave rise to any astonishment – it is, so to speak, the musician’s “job” to play that which lies in front of him/her and get acquainted with the piece so as to be able to perform it well. The members of the German orchestra somewhat “professionally” longed to learn the inner sense of the given repertoire. At least that was my impression. I guess that one of the reasons is that the experience of such ensembles as the WDR Symphony with the latest music was mainly formed by post-Martinů generations of composers, of whose music these orchestras possess great knowledge.

I feel a little bit guilty evaluating the respective approaches of two diametrically opposed ensembles in diametrically opposed halls in diametrically opposed countries (continents even) and, therefore, different cultures too – and I would like to say again (and for the last time) that I would not like to be forced to say categorically who is better or worse. I have only chosen a single aspect of the interpretation. It seems to me discernible, however, that the Toccata was written by someone who had spent some time in North America, by a man who was born in the Slavonic world and gained his education (at least according to the professional heart) in the French capital, even though it was premiered by a Swiss (that is, Franco-German) ensemble. Thus, all the more happy I felt to see what response Martinů’s work aroused in Germany’s Rhineland, on the part of an orchestra and audience I like and whom I greatly esteem professionally.