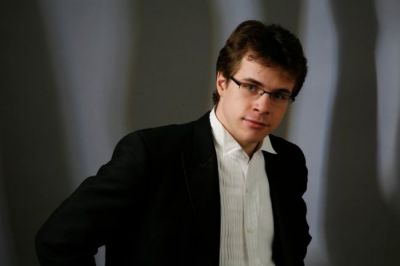 On Bohuslav Martinů symphonies, the Third in particular

It is somehow “canonically” given that, at least in the case of the composers who have the honour to be termed “symphonists”, we conductors primarily relate to their symphonies. Although the symphonic form is naturally a paramount and supremely representative form, it cannot perhaps be generally said that composers necessarily express the best of themselves (merely) in symphonies. This fascination may also encompass a comparative and numerical aspect – we are enthralled by the numeric rows specifying the “number” of symphonies from composers’ lifelong endeavours and even create myths about the sanctity of the figure 9 (God knows if even composers in the past believed in it!), compare various “Firsts”, “Fifths” or “Ninths”, now and then even attributing new epithets to compositions. If there is anything interesting about this otherwise foolish play with facts, then it concerns when individual composers turned to the “sacred” symphonic form for the very first time.

The time of the first symphony

With a certain licence to generalise, it could be claimed that there are two groups of composers – those who began training very early and throughout their life produced a large amount of works of this type (today, we often indulgently smile at their first pieces: either because they are really immature or because they do not bear the traits of the typical style of the later period; hence, we would be hard pressed indeed to identify their creators), and those who took their time and dithered greatly before plunging into their first symphony. Bohuslav Martinů, of course, did not join the ranks of Joseph Haydn, W. A. Mozart, Franz Schubert, Felix Mendelssohn, P. I. Tchaikovsky, Camille Saint-Saëns or Antonín Dvořák, he is one of the group of composers who got together for their first symphony their entire mature, “up-to-date” craft, with this work becoming their fully-fledged showcase (a prime example in this respect being Johannes Brahms).

It is fascinating to observe how the form of symphony waited for impregnation by Martinů’s inspiration – once he had ventured into it, bolstered by a successful mastering of perhaps all the other existing musical forms, he stuck with it for quite a long time. This evidently bears witness to the composer’s nature, his creative type. Out of the five, or six, works in this form, which delight us today, the first five were written within a mere five years (1942–1946), one every year. Martinů was this way – driven by the positive response to the first symphony, and not yet gratified in this field, he resolved to exhaust his entire potential, his entire craft and sensation to the full. Only after he realised that he had expressed in this classical form everything he could, did he pause. It took him seven years to return to the grand symphony. His Fantaisies symphoniques is often referred to as “Symphony No. 6”. I myself (and, of course, I am far from being alone) have always felt that we should be more cautious about counting this firmly compact mosaic of fascinating colourful inspirations among the previous pieces, all of a different character. The Fantaisies symphoniques (1953) is far more a predecessor to the late Les Fresques de Piero della Francesca (1955) and The Parables (1958).

Performing chronologically, or at random?

And now on a rather more personal note.

As conductors pursue their professional paths, dedicating their powers to the achievements of various musical geniuses, they also become, earlier rather than later, advocates of their symphonies. Generally, they first devote to their better-known, more popular pieces. Composers whose entire symphonic output is popular (for instance, Beethoven or Brahms), are more an exception than the rule. Just a few of my particularly determined colleagues are game for carrying out this or that composer’s symphonic oeuvre in precise chronological order. When I was studying at the Universität der Künste in Berlin, my teacher, Professor Lutz Köhler maintained the opinion that when it comes to the great symphonists (Brahms, for instance), it is necessary to “taste” and “conquer” their symphonies one by one, both in terms of study and practice. He assumed that it is not possible to comprehend Brahms’s Fourth before grasping his First. This theory certainly makes sense – but I think that almost every conductor soon recognises that it is difficult to do. My older Russian colleague Vladimir Jurowski decided to proceed chronologically with Gustav Mahler – and I must say that I fully understand it. What an immense difference there is between the “Titan” (No. 1) and the unfinished Tenth or Das Lied von der Erde! If possible, this determination can bring amazing fruit in the form of a unique putting oneself into the history and life of individual composers, their human world – and, most notably, into the organic transformations of their musical language!

The popularity of Martinů’s symphonies

Today, I have lost track of whether Vladimir has managed to accomplish or is still successfully pursuing his mission, yet I myself have not been lucky with Mahler (I have explored and performed his symphonies in the sequence of 1, 5, 3, 9). Nor have I been lucky with Bohuslav Martinů. But I am not at all disconcerted in his case. To date, I have mainly performed Martinů symphonies abroad. Owing to its unusual size, my orchestra, the PKF – Prague Philharmonia, cannot execute Martinů symphonies. Therefore, I have practically solely presented them with foreign orchestras (this, however, does not apply to other Martinů works). And if a foreign organiser agrees with a solitary performance of a representative Martinů piece (and if it is not such an enlightened project as was, for instance, the complete symphonies delivered by the BBC Symphony Orchestra under Jiří Bělohlávek in London), a conductor faces the inevitable dilemma of choosing the one work which should primarily draw attention to the composer’s qualities. So far, I have performed Nos. 1, 3, 4 and “6“, yet in the overwhelming majority it was the Fourth and Sixth that were required as the “ambassadors” of Martinů’s symphonic legacy.

The first two Martinů symphonies have evidently always to a certain degree been overshadowed by their later successors, and the Fifth has mainly gained attention when it was promoted by its devoted champions (for instance, Rafael Kubelík and Karel Ančerl). The qualities of the Fourth have never been doubted, while the Sixth (Fantaisies symphoniques) is definitely the most groundbreaking of all the six symphonies. Accordingly, it depends on whether we would like to present Martinů in the most harmonic form or as a creator of the most authentic imagination possible. (It is similar to when we hesitate as to whether to present Leoš Janáček to a less informed audience by means of his susceptible yet folk-influenced Jenufa or the universal Katya Kabanova, or the ultimately original operas The Excursions of Mr. Brouček, The Makropulos Case or From the House of the Dead.)

Alongside the two more famous symphonies (Nos. 4 and 6), I personally love the Third no less. I would not like to resort to simple clichés so as to explain why, but I will try to outline it. The Third is the one and only of the first five Martinů symphonies to end softly, tailing away. I remember my interview with a German music manager of a German orchestra, who talked with affection and appreciation about a celebrated, outstanding living conductor, pointing out that he did not like ending his concerts without the audience rising from their seats and giving him standing ovations – that is, brazenly and effectively. This is not the case of Martinů’s Third, so the mentioned conductor may be reluctant to conclude a programme of his with the piece. This is also a certain “handicap” when it comes to the Fantaisies symphoniques, yet the argument for its inclusion in a concert mainly rests in its even more unique originality. For me, personally, this argument is not of major significance. But if I wanted to perform the Third during a foreign tour, it would probably have to be featured at the very beginning of the programme; but then again, it is too long and weighty to be placed there – in a word: too “symphonic”. Accordingly, the Third, unfortunately, also faces a problem of a dramaturgic nature.

And so, the piece is a little bit like a Cinderella. On the other hand, wherever it is performed the symphony meets with enthralment and respect. In the very final message, it contains something that is typical of Martinů, something that makes him truly valuable and heart-warming. I may return to it in more detail elsewhere – now let me at least sum up briefly: What is specific about Martinů, what has he brought to the world?

I think it is something that links him up to the previous great Czech composers (for me personally, perhaps most with Antonín Dvořák) and the phenomenon of Czech classical music in general: the ability to express the purest and deepest emotion, without the slightest sentimentality. Amidst the pellucid and technically masterfully conceived musical structure (or – even more cogently – at its end, as is the case of the Third), all of a sudden the surface of the music gleams with the current of a fervent personal spurting, nurtured by the roots of a profoundly felt (and longed for) homeland. If such a place is conceived purely by us performers, all those who until that moment deferred to attribute to Martinů the capability of captivating by an originally heaved idea, all those who branded him as a skilful and prolific, yet rather “dry”, composer, yet were nevertheless able to open themselves, thaw. And the non-sentimentality in the Third symphony is conceived outright demonstratively – a touching episode in the second third of the final movement, which sings out sadness and love for his own country, is suddenly followed by a brisk folk intonation, which always refreshes me, like a spring of crystal clear water refreshes the thirsty. And the whole unpretending apotheosis of the heart at the end of the composition is rounded off by three simple and hefty piano staccatos in major, a verily classical (non-romantic) gesture, a banner of non-cheesiness. (Compare this finale with, for instance, the similarly soft ending of Strauss’s Don Juan, which isn’t kitsch but is romantic throughout.) The Third symphony does not possess Mahlerian melancholy, Straussean effervescence, the irony and poignancy of a Stravinsky, the outright modernism of so many musical matadors of the 20th century (a case in point being Les Six) or the expressivity of the Second Viennese School. It has a technically mastered compositional structure, yet one exuding the live water of humanity.

I love this symphony and, without doing a disservice to the others, I would like to convince everyone of its beauties and qualities by my words and deeds.