The Soldier and the Dancer premieres 25th January in Pilsen 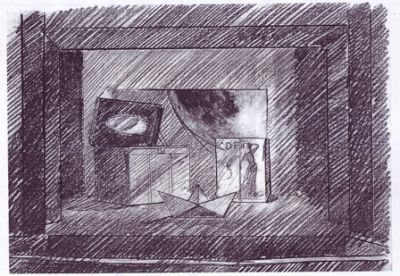 On 25th January 2014, Pilsen's J.K. Tyl Theatrewill stage a premiere of Martin's first opera, The Soldier and the Dancer, H 162. Bohuslav Martinů composed it at the age of 37, having developed an extensive history of significant works long before. The libretto was written by J. L. Budín based on Pseudolus, a play by Plato. The resulting work was inspired by operettas and revues, and the music which reaches out to a wider audience group even includes a jazz band. The Soldier and the Dancer is a series of comic situations that will surely entertain and amuse even today’s audiences.
The Pilsen premiere will be conducted by the theare's chief conductor, Petr Kofroň; stage direction is in the hands of a young and successful Tomáš Pilař.
The comic opera is staged as part of the Year of Czech Music 2014, supported by the Bohuslav Martinů Foundation and the Ministry of Culture Czech Republic.