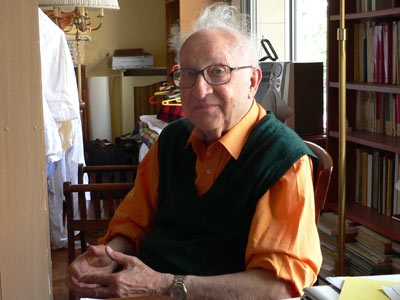 He worked at French Radio, where in particular led the muscial programmes of France-Culture, a radio devoted to the best of cultural tendencies.

After 1988, he devoted all his efforts to create a unique corpus of biographies of Czech composers: Smetana, Dvorak, Janacek, Martinu.

He founded the "Mouvement Janacek" in France to promote the music of Leos Janacek and Czech music in general.

The biographies he has written are the most comprehensive in French. But, more important, they are works of a poet, a lover of this music. Guy’s biographies have a unique signature. His Martinu “Un musicien à l’éveil des sources” (reference to the Bures cantatas), is the best possible illustration of his great personality.

He was awarded the highest distinctions from French authorities, as well as the Czech medal “Artis Bohemiae Amicis”. He was of course the best bridge between musical cultures of  both countries. No doubt he liked very much the proactive actions of the Centre Tchèque in Paris.