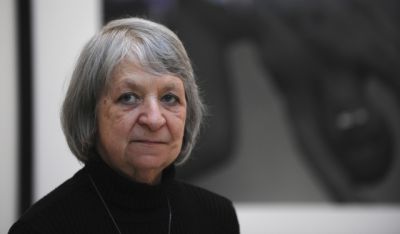 The internationally renowned photography historian and theoretician Anna Farova, who passed away on Saturday 27 February 2010 at the age of 81, was a pioneer when it came to writing about photography as high art. Farova discovered for the world many giants of Czech photography who were viewed with disdain by the previous regime. Truly momentous were her exhibitions and monographs on Josef Sudek and František Drtikol, as well as her work as curator of the photography collection of the Museum of Decorative Arts in Prague.

Anna Farova was the daughter of Milos Safranek, a close friend of Bohuslav Martinu’s. Safránek served as a diplomat in France and was a great admirer and champion of Martinu’s music. He wrote a monograph titled Bohuslav Martinu: His Life and Works, published back in 1961 in English by Allan Wingate in London. Anna (Anette) Safrankova was born in 1928 in Paris and saw Martinu frequently when she was a child. She was instrumental in getting her father’s memoirs Encounter after 50 Years published by Torst. Substantial parts of the book are devoted to Martinu (see Bohuslav Martinů Newsletter, issue 2/2007, p.17). The book was launched in 2006 at the Bohuslav Martinu Institute.