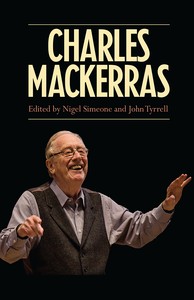 By the time of his death in 2010 at the age of 84, Sir Charles Mackerras had developed into a conductor of major international significance. A detailed account of his life, authors Nigel Simeone and John Tyrell have compiled a book celebrating this extraordinary artist with contributions from performers and scholars who worked closely with Mackerras, such as Simon Keenlyside or Antonio Pappano. The book also deals with Mackerras’ lengthy contribution to promoting the work of Bohuslav Martinů : the chapter on The Greek Passion was written by Institute Bohuslav Martinů’s director, Aleš Březina.