Meet the production team of Juliette (The Key to Dreams)! 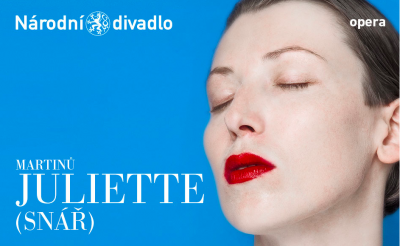 Bohuslav Martinů’s opera Juliette (The Key to Dreams) is closely linked to the National Theatre in Prague, which gave its premiere on 16 March 1938, conducted by Václav Talich and directed by Jindřich Honzl, both major Czech artists of the first half of the 20th century. The libretto, written by Martinů himself in French, was based on the Surrealist author Georges Neveux’s play Juliette ou la Clé de songes, first performed at the Théâtre de l’Avenue in Paris in 1930 and staged two years later, in Jindřich Hořejší’s translation, at the Estates Theatre, directed by Jiří Frejka and featuring Jiřina Šejbalová and Eduard Kohout in the lead roles. In the spring of 1936, Martinů plunged into writing the Czech libretto and composing the music for Juliette, and completed the opera the next January. During that time, he corresponded with Jindřich Honzl and Václav Talich, who received the score in March 1937. The story takes places in the poetic and fantasy atmosphere of a dream, in which nothing makes sense yet concurrently everything comes across as real and bearing a certain meaning. The young Paris bookseller Michel arrives in a strange small town, in search of a young woman named Juliette, whose voice he once heard somewhere. His dream, however, gets out of hand, living a life of its own...