The Plays of Mary once again in Brno on 23 March

Janáček Theatre in Brno will host once again the succesful production of Bohuslav Martinů´s opera The Plays of Mary which had its premiere last year. The production received so much appraisal it eventually substituted Puccini´s Madama Butterfly on the programme. Director and artistic director of the opera Jiří Heřman became first involved with this production in 2009 in Prague together with conductor Jiří Bělohlávek, but it is the young Jakub Klecker who conducts the Brno performance. On 23 March, the audience will have a chance to see the opera for the last time in this season. 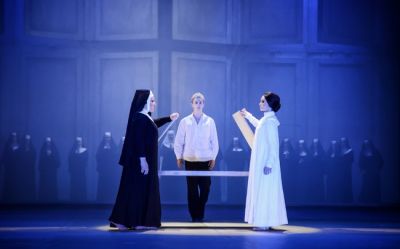 The Plays of Mary, composed in 1934, is made out of four different stories drew from folk themes (The Wise and the Foolish Virgins, The Nativity, Mariken of Nimegue and Sister Paskalina) which has its similarities with Bohuslav Martinů´s style of composing of ballet The Chap-Book. The opera received its world premiere 81 years ago in Brno’s Mahen Theatre with director Rudolf Walter and conductor Antonín Balatka. Bohuslav Martinů was awarded a State Prize for this opera - the most significant distinction won by the 45 year-old composer so far. According to Jaroslav Mihule, the prize was a clear sign that he should be taken seriously. 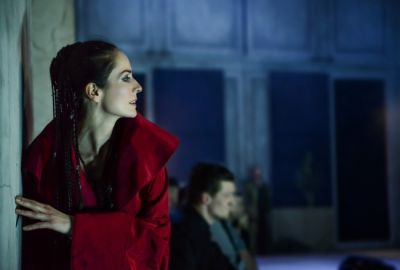 And how was the last season’s premiere?

"It really is a breathtaking experience, a true theatrical event and although I visit theatre a lot and with joy, I´ve never felt such an opulent enjoyment."  Lubomír Mareček, MF DNES

"This coherent production of The Plays of Mary was praised for many years but in Brno the quality has even increased." Eva Mikulášková, Harmonie

"The auditorium and the stage literally united in one and standing ovations had real power, not only pretended one." Olga Janáčková, OperaPlus