This year´s first issue of Martinů Revue is out! 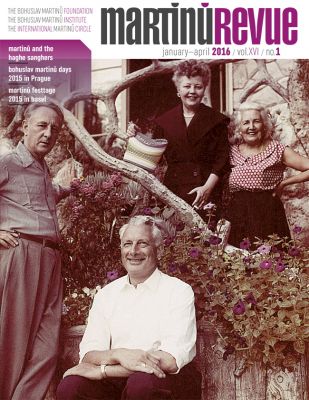 This year´s first issue of magazine focused on Czech composer is out. What's in it?

Frank Kuznik's interview with Aleš Březina reflects on the 20th anniversary of the Bohuslav Martinů Institute. Ulrich Barthel from the magazine Chorzeit reviews "The Epic of Gilgamesh" – first volume of the Bohuslav Martinů Critical Edition published by Bärenreiter which was awarded the German Music Edition Prize for "Best Edition" of 2015. In the current issue of Martinů Revue is also an interview with editor-in-chief of Bärenreiter Praha Eva Velická.