Benefit concert: An interview with Martina Janková and Ivo Kahánek

In less than a week the 2nd benefit concert for the Bohuslav Martinů Institute will take place in Prague, that is why we had an opportunity to talk with Martina Janková and Ivo Kahánek who will perform at this concert together with Tomáš Král. 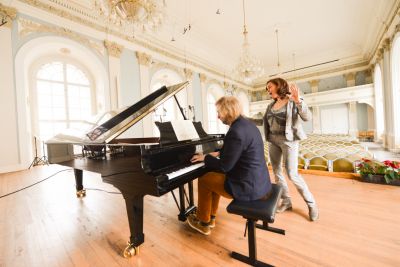 What does Bohuslav Martinů and his music mean to you? When did you first come across his music?

Martina Janková: Bohuslav Martinů’s music has accompanied me since my childhood. When I was a little girl, I used to sing his cantata The Opening of the Springs, and then, as a conservatory student, the cycles The Chapbook and Songs on One Page and Songs on Two Pages. While at the Ostrava theatre, I performed Paskaline in The Plays of Mary, and during my studies at the Basel Academy, I acquainted myself with The Epic of Gilgamesh. I graduated from the International Opera Studio with Martinů’s Ariane and, as a soloist of the Zurich Opera, I appeared in The Greek Passion, which was staged there for the very first time back in 1962. I also love his Juliette and would like to portray the role one day. Now I have learnt Martinů’s New Slovak Songs, which I know in the original version, thus returning to my childhood.

Ivo Kahánek: I cannot express my relationship to Bohuslav Martinů and his music in a few sentences. Nevertheless, if I had to characterise him with a single word, I would say “diversity”. There are precious few composers with so many faces as he had – and, what is more, all of them absolutely authentic. Even when you think that you know him, Martinů is capable of surprising you with something new, something you were not familiar with previously. With Bohuslav Martinů and his – in terms of significance and scope – colossal oeuvre, you can live through a rich and thrilling life. And I am grateful for having had the opportunity to experience it.
The very first time I encountered Martinů’s music was probably at the Primary Art School, when I got to know some of his instructive compositions. Yet the first time I was deeply impressed was during a lesson at the conservatory in Ostrava, when our teacher, Prof. Navrátil, let us listen to a recording of his Piano Concerto No. 4, made by Josef Páleníček. I was simply astonished – without anticipating how significant a role the piece would play in my own future career.

Why have you decided to perform at the benefit concert for the Bohuslav Martinů Institute?

Martina Janková: I have been motivated by my love of Martinů’s music, for performing at the benefit concert and pursuing my recording projects alike.

Ivo Kahánek: Bohuslav Martinů is an artist whose position among the world’s greatest composers has yet to be won. This is, in my opinion, to a certain degree down to his origin – I think that had he been born in France or England, he would have occupied such a position for a long time. On the other hand, we are lucky indeed that his legacy has been attended to by the Bohuslav Martinů Institute, owing to whose employees’ erudition and diligence his work has been propagated around the world. I think that it is a pleasant duty for us performers to join this endeavour, by means of which we can symbolically express our thanks for the beautiful music Martinů has endowed us.​ 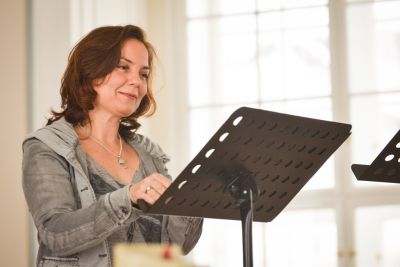 How, in a nutshell, would you describe Martinů’s New Slovak Songs, which will be on the programme of the benefit concert?

Martina Janková: The New Slovak Songs are splendidly recast folk gems. Since I grew up with this type of traditional music, as performed by the Kotek family’s cimbalom band in Frýdlant nad Ostravicí, whose collection was also drawn upon by Leoš Janáček back in 1906, I am happy to have the opportunity to devote to this treasure now in connection with Martinů. The two great composers strove to preserve the wonderful legacy for us, and I am keen on pursuing this goal too.

Ivo Kahánek: I look forward to becoming acquainted with them – and I wonder how Martinů will take me by surprise this time.

How have you found working together, and with Tomáš Král?

Martina Janková: I really look forward to working again with Ivo Kahánek, whose doctoral thesis was about Martinů, and with Tomáš Král, with whom I really resonate musically and with whom I have made a recording of Leoš Janáček’s Hukvaldy and Moravian Folk Poetry in Songs. Our co-operation has always been joyful and inspiring. We are now getting together, so as to choose which of the songs we will be performing at the concert.

Ivo Kahánek: I can say it simply, in a single word: superb! The legendary violinist Josef Suk said that chamber partners chime together either at the first rehearsal or never. And both Martina and Tomáš are on the same wavelength. I highly appreciate, among other qualities, their ability to perform the songs in a specific manner, with the most important aspect being the power of conveyance, not the volume of voice. They are singers that can really show off their vocal worth – yet they rather show off to the audience the wonderful music Bohuslav Martinů wrote for them ... 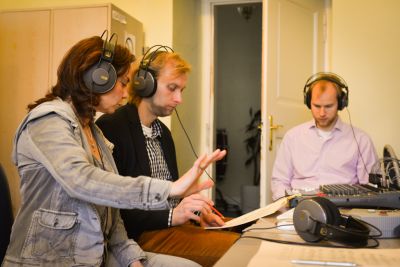