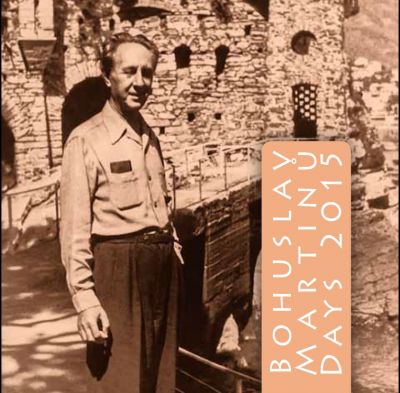 Newly released album features Sonata for piano, H 350 performed by young pianist Kristýna Znamenáčková, who, in 2015, participated in the Bohuslav Martinů Foundation Competition for piano. She had already rehearsed Martinů’s sonata for her school’s year-end concert: “I found it so difficult back then that I considered giving up on it. It was a test of my love for Bohuslav Martinů. I have long had a strong connection to him, I played his compositions on the piano and sang them in the choir, and when I studied his biography and read his own contemplations, I grew even closer to him.” The piano sonata was recorded at a concert of the laureates of the Bohuslav Martinů Foundation Competition 2015, which had awarded Kristýna Znamenáčková first place and special recognition for the best interpretation of the works of Bohuslav Martinů.

This CD also contains two historical recordings. One of them is the Four Madrigals (Part-Song Book), H 380, recorded in the early 60s by the New Singers of Madrigals and Chamber Music with choirmaster Miroslav Venhoda. It is dedicated to friend of Martinů’s family from Polička “To Maruška Pražanová for her concern and solicitude toward our family. And memories.” The second one is the Prophecy of Isaiah, H 383, the last large-scale work of Bohuslav Martinů, giving the impression of an artistic memento mori. This unfinished composition is a setting of texts from chapters 21 and 24 of the Old Testament book of Isaiah, which describes God’s decision to punish the people of Judea.

And how to get the CD? If you become a member of the International Martinů Circle (How to join?) you will get this year’s CD and Martinů Revue magazine thrice a year.