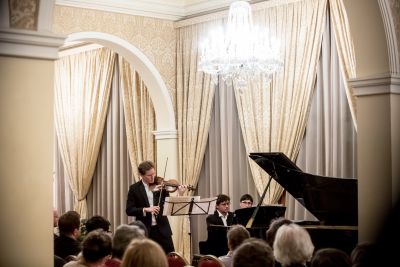 At the concert that took place in the premises of the Kaiserstein Palace in Prague, violinist Josef Špaček and pianist Miroslav Sekera performed Sonata No. 3 for Violin and Piano, H 303 by Bohuslav Martinů and From the Homeland. Two Duos for Violin and Piano by Bedřich Smetana. As a bonus they performed the first movement of the early Concerto for Violin and Piano, H 13, which Martinů composed as a 20-year-old. During the evening, Institute’s patrons had the opportunity to see all the previously published volumes from the Complete Edition project, which for the first time made accessible the complete work of Martinů in critical editions. The most generous patrons were the financial group RSJ and Libor Winkler, businessman Radovan Květ or academic painter Helena Konstantinová, who together with her family sponsored the representative premises of Kaiserstein Palace. In addition to the possibility of direct support through admissions, the donors of the Institute are offered volumes for adoption. 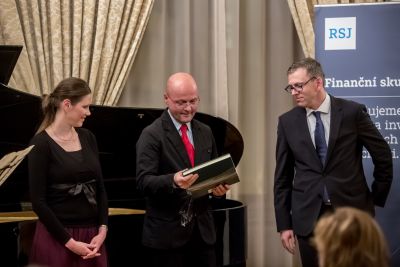 All four volumes that have been published so far are appreciated by professionals, it is worth mentioning the Best Edition Award by the German Music Publishers Association for the Epic of Gilgamesh and positive reviews in the prestigious magazines NOTES and Musikforschung. The critical editions of the compositions are also the basis for new productions of Martinů 's work, which brings them to regular concert life. The next benefit concert of the Bohuslav Martinů Institute will take place on November 19, 2018 again in Kaiserstein Palace. 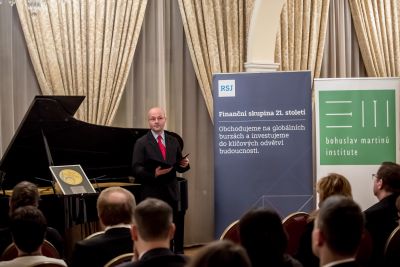