Gramophone chose Martinů's Cantatas as one of the albums of 2017

Prague Philharmonic Choir with Lukáš Vasilek are enjoying another appreciation of their album with four cantatas from the Czech Highlands released by Supraphon. According to prestigious magazine Gramophone, the album with Bohuslav Martinů’s Cantatas is one of the best recordings of 2017. 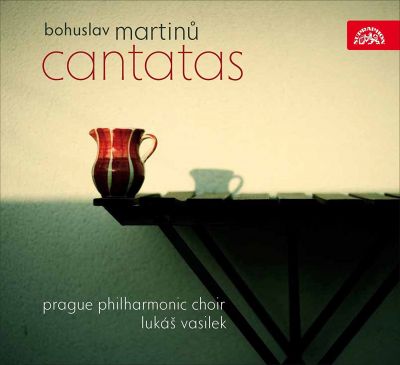 „These four cantatas are richly atmospheric, seeming to grow out of the language and culture on which they draw. Beatifully performed, and indeed recorded, throughout,“ Gramophone prasis the album. Martinů's cantatas, including the Opening of the Springs, the Legend of the Smoke from Potato Tops, A Dandelion Romance and Mikesh from the Mountains), were recorded in accordance with the 4th volume (with these four cantatas) of the Bohuslav Martinů Complete Edition (ed. Vít Zouhar), which came out last year.

"It is a clear message that Czech musicians are among the top players in the world. The Czech music is perhaps much more appreciated abroad than we admit here in Czech Republic," says Matouš Vlčinský, the chief classical music producer of Supraphon.

GRAMOPHONE - Recordings Of The Year 2017.