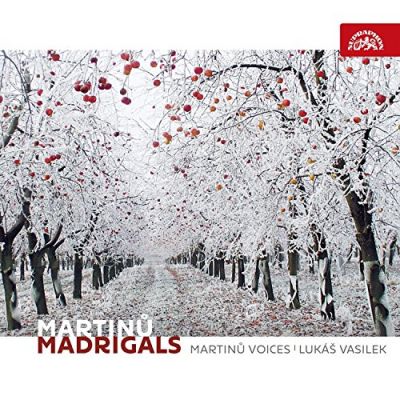 „Chamber choir Martinů Voices is an ensemble which is very specific and it deals with Martinů quite often. We perform his compositions during almost every concert, so we might bring something new with out interpretation. Another thing is the fact that audience doesn’t know much about Martinů’s works for chamber vocal ensembles. There are just a few recordings of this works which are hard to get so I hope this will change thanks to release of this album,“ says Lukáš Vasilek about the album.

The album is available here: https://lnk.to/martinumadrigals