The Czech Philharmonic will present on March 28 - 30 works of two European composers who were forced to emigrate to the United States because of the World War II. Under the baton of Jakub Hrůša, Symphony No. 3, H 299 and Fantaisies Symphoniques (Symphony No. 6), H 343 by Bohuslav Martinů will be performed at the Prague Rudolfinum. The program will also include the Piano Concerto Op. 42 by Arnold Schönberg performed by Japanese pianist Mitsuko Uchida. 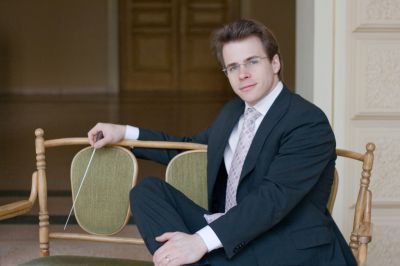 Symphony No. 3 is the last symphony that Bohuslav Martinů composed during World War II. “The third symphony is my pride,“ Martinů said in an interview for New York Times. „I think that the third is my real first symphony. As the only one that was not commissioned - I wrote it from the heart as a gift to the Boston Symphony Orchestra.“ The orchestra premiered this work with Sergey Koussevitzky in 1945.

The very same orchestra performed Symphony No. 6 10 years later when celebrating its seventy-fifth anniversary. Boston Symphony Orchestra was conducted by Charles Munch, Martinů’s close friend, whom the Fantaisies Symphoniques are dedicated to. „One of my little fantasies is that I used a quotation of several measures from another work of mine - the opera Juliette - which in my opinion is perfectly apt here,“ Martinů confessed. „Thinking I would never again hear this opera of mine, I wanted to hear again at least these several tones which I wrote from memory."