Symphony No. 4 in the Prague Spring Festival

On June 1, 2018, American conductor David Robertson and Czech Philharmonic will perform Martinů during the Prague Spring Festival. The music director of the St. Louis Symphony Orchestra and the chief conductor of the Sydney Symphony Orchestra will conduct in Municipal House Bartók’s Bluebeard's Castle and the famous Symphony No. 4, H 305 by Bohuslav Martinů. „This will be my first time conducting the 4thSymphony, but the resonance of playing it in the Prague Spring is wonderful,“ says David Robertson. 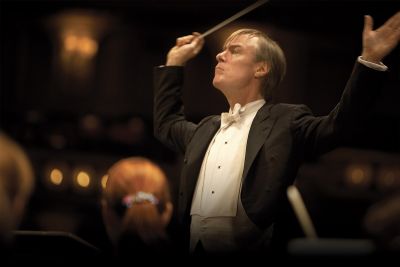 „Our program is a combination of masterpieces from two of my favorite musical landscapes, that of Bohemia and Hungary,“ said American conductor for the Prague Spring Festival. „Martinů’s music was something I was able to absorb as a student in London during the 1970’s where many of his scores were published by Boosey and Hawkes and the BBC would broadcast works that otherwise were neglected in the concert halls. I blush to admit that as a 19 year old, I shamelessly borrowed the start of one of his symphonies in my early days as a composer, but I have always agreed that imitation is the sincerest form of flattery.“

Martinů composed his Fourth Symphony at a time when the whole world hoped for the end of the war and Martinů for possible return to Czechoslovakia, so it is full of joy and expectations. It will be performed according to the Bohuslav Martinů Complete Edition issue edited by Sharon Andrea Choa released as one of the first of the project. This issue was awarded, for example, with positive reviews in the prestigious magazines NOTES and Musikforschung.

David Robertson will not conduct the Czech Philharmonic for the last time. Already in March, 2019 he will perform pieces by Igor Stravinsky, Sergei Prokofiev, Joseph Haydn and Bohuslav Martinů (Sinfonietta La Jolla, for piano and chamber orchestra, H 328).

You can find more information about today’s concert here.