Supraphon has released a huge collection of recordings by Jiří Bělohlávek, which were created between 1971 and 2016. It is a collection of pivotal and unknown recordings as well, which were recorded by the Brno Philharmonic, the Czech Philharmonic, the Prague Philharmonia, or the Prague Symphony Orchestra. “The selection of Jiří Bělohlávek’s recordings was made less than a year after his passing away. It above all serves to recollect the extraordinary musician and human,” said Matouš Vlčinský, Supraphon’s prouducer. 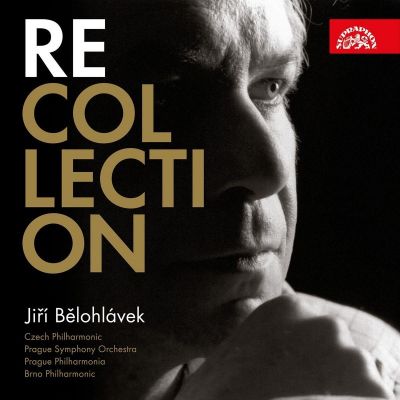 "I have yet to see – or have not myself found – another such distinct and unquestionable figure to encompass and integrate in his works many of the trends of the global development of music, as was Martinů in his time." Jiří Bělohlávek

Jiří Bělohlávek (1946 - 2017) worked as a chief conductor of the Czech Philharmonic, BBC Symphony Orchestra and collaborated with orchestras such as Berliner Philharmoniker, New York Philharmonic, Royal Concertgebouw, MET or Glyndebourne. He was the holder of the Order of the British Empire, holder of the honorary doctorate of the Academy of Performing Arts in Prague, and in 2006 he received the Medal of the Bohuslav Martinů Foundation, for his promotion of the music of Bohuslav Martinů home and abroad. Following pieces by Martinů are included in the new collection of 8CDs:

You can order the CD here.