On the upcoming benefit concert for the Bohuslav Martinů Institute, the star of the harpsichord and the last pupil of prof Zuzana Růžičková Mahan Esfahani will perform the works by Martinů, Bach and Kalabis. The event will take place on Monday, November 19, at the Kaiserstein Palace, Prague. 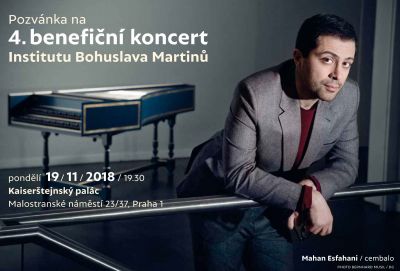 Mahan Esfahani will perform Sonata for harpsichord, which was composed by Martinů in 1958 during his stay in Switzerland with his friend Paul Sacher. On the programme of the evening will also be Bach’s Partita No. 2 and Aquarelles for harpsichord by composer Viktor Kalabis, husband of Zuzana Růžičková, a long-time chairman of the Bohuslav Martinů Foundation and, basically, the founder of the Bohuslav Martinů Institute in 1995. 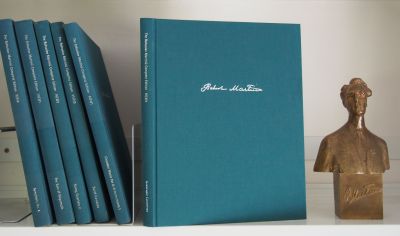 „All of the published volumes are now a regular part of the concert life, they are used for a recordings and are becoming models for publishing of works by top-notch Czech composers,“ says director of the Bohuslav Martinů Institute Aleš Březina. The volumes with the Epic of Gilgamesh and Cantatas were for example used for appreciated recordings released by Supraphon. The Epic of Gilgamesh recording with the Czech Philharmonic was named Disc of the Week by BBC Radio 3 last year and recently, Prague Philharmonic Choir’s Cantatas were nominated for the BBC Music Magazine Award in choir category. All volumes that have been published so far are appreciated by professionals, it is worth mentioning the Best Edition Award by the German Music Publishers Association for the Epic of Gilgamesh and positive reviews in the prestigious magazines NOTES and Musikforschung.

For more information and tickets: martinu@martinu.cz.