The Bohuslav Martinů Days, running from 18 November to 19 December this year, will offer eleven performances of some of the most prominent artists of the Czech and international music scenes. The festival will welcome Petr Nouzovský and the Pilsen Philharmonic, Ivo Kahánek, Frank Peter Zimmermann and the Czech Philharmonic under the direction of Jakub Hrůša, the Wihan Quartet, Anna Paulová, and the Guarneri Trio, among others. Martinů’s music will also be celebrated by subscription concerts of the Czech Chamber Music Society, the Prague Radio Orchestra, and the Prague Castle Guard Band. 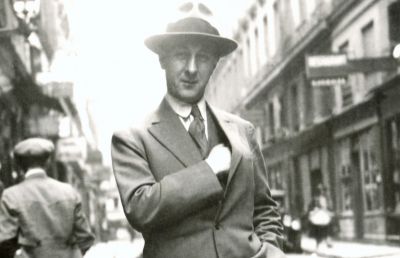 The festival’s core focus has always been Martinů as one of the great world classics of music of the twentieth  century, but it also presents the works of other major composers and regularly premieres new pieces by Czech authors. “Bohuslav Martinů is recognised as a great personage throughout the world. This is reflected in the conception and programming of the festival, which presents the works of the Czech composer in confrontation with his European and transatlantic contemporaries and successors. So it is not a monothematic festival, but instead a presentation of international music with a strong Czech section,” said Prof. Jiří Hlaváč, Director of the Bohuslav Martinů Foundation, who designed this year’s programme.

The 24th iteration of the festival aims to entice the public with world-class ensembles and artists, which is why the Bohuslav Martinů Foundation is organising seven of the concerts itself, while the other four are partnerships with leading Prague institutions. As in previous years, the December section of the festival will be opened by the Kühn Children’s Choir with a performance of Martinů’s cantata The Opening of the Springs and the premieres of works by Josef Marek and Slavomír Hořínek. On 10 December, an evening devoted to French composers will see the Bohuslav Martinů Days welcome the principal clarinettist of Orchestre de Paris, Philippe Berrod, who will be joined on the stage by the pianist Ivo Kahánek, the oboist Jana Kopicová, and the bassoonist and Prague Spring-laureate Jan Hudeček. 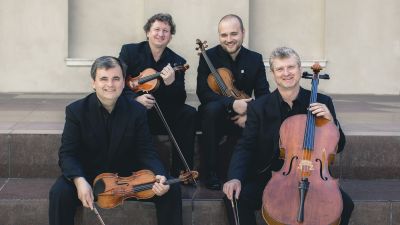 “Martinů’s greatest strength is not in rhythm, in syncopations, but in his poetics and melodious character, which are marvellously encoded within him. And I am happy to engage with his works because I think that we Czech musicians owe him a lot,” the cellist Petr Nouzovský described his relation to the Czech composer in an interview for KlasikaPlus.cz. Nouzovský will take to the stage on 12 December with the conductor Chuhei Iwasaki and the Pilsen Philharmonic. The ensemble’s creative collaboration with Nouzovský had won them recognition earlier this year when their album with the complete works of Martinů for cello and orchestra was declared Album of the Year by the expert jury at Classic Prague Awards.

The Bohuslav Martinů Foundation gala on 14 December promises an exquisite experience with a performance of the renowned Guarneri Trio and with the presentation of the Bohuslav Martinů Medal to the conductor Petr Vronský for his work promoting the composer’s legacy. Vronský will take up his baton a few days later in the concert hall of the Prague Conservatoire, where he will conduct the North Czech Philharmonic Teplice in a rendition of music by Antonín Dvořák, Vilém Blodek and Václav Riedlbauch. They will also perform Concerto for Violin, Piano and Orchestra with soloists Jiří and Eduard Kollert. 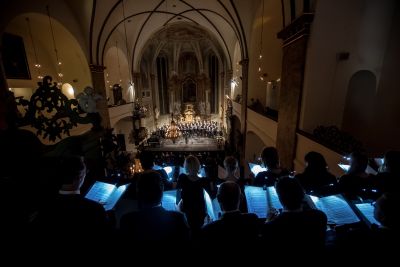 On 25 November the Academy of Music in Prague will host a concert of laureates of the Bohuslav Martinů Foundation Competition; this year will see students from Czech and Slovak music academies vie in the categories of violin and chamber ensembles with piano. The contest has been helping talented young musicians jump-start their career since 1996, and successful laureates of previous years include Roman Patočka, Václav Petr, Tomáš Jamník, Olga Šroubková or Anna Paulová. The winners of last year’s competition, the clarinettist Anna Paulová and the soprano Zdislava Bočková will present their interpretational skills at Martinů Hall on 5 December together with Marta Vašková and the Wihan Quartet.

The festival will also offer four traditional concerts in the subscription series of its co-organisers. The first of these will see the Prague Castle Guard and Police Band give a rendition of Martinů’s Field Mass and Karel Husa’s Music for Prague. The second concert will be with the Prague Radio Orchestra conducted by Marek Šedivý – the programme consists of the overture to Richard Wagner’s opera The Flying Dutchman, Six Songs by Arnold Schönberg, and Symphony No. 6 by Bohuslav Martinů.

On the day of the 129th anniversary of Martinů’s birth, 8 December, the Czech Chamber Music Society has prepared a concert at the Liechtenstein Palace with the Wihan Quartet and the pianist Martin Kasík. The festival will be concluded on 19 December at the Rudolfinum by the Czech Philharmonic, which will present the works of Antonín Dvorák, Arthur Honegger, and Jiří Teml conducted by Jakub Hrůša, and it will be joined by star violinist Frank Peter Zimmermann to perform Bohuslav Martinů’s Concerto for Violin and Orchestra No. 1.