The third edition of the Classic Prague Awards will once again award the best performances, recordings and musicians of the previous year in Czech Republic. For the performance of Bohuslav Martinů’s music were nominated ensembles in three categories: Chamber Performance (Bennewitz Quartet), Vocal Performance (Kühn Children's Choir) and Recording of the Year (Martinů Voices). The festive announcement of the winners will take place on January 19, 2019 in the Municipal House, Prague, also live broadcasted by CT Art. 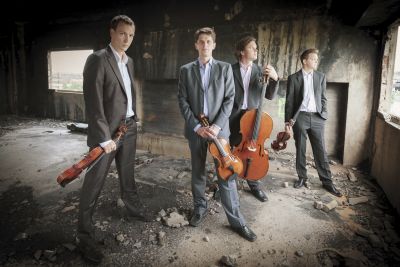 Bennewitz Quartet was nominated in the category of Chamber Performance for the concert, which took place in Rudolfinum on January 29, 2018. The quartet performed String Quartet No. 3, H 183 by Bohuslav Martinů, among other works. The nomination in the category of Vocal Performance belongs to the Prague Philharmonic Children's Choir (choirmasters Petr Louženský and Jiří Chvála) for the Opening Concert of the Martinů Days Festival, where they performed excerpts from the Plays of Mary, the Legend of St Dorothy and cantata Opening of the Springs. As one of the three Recordings of the Year, the jury selected Martinů: Madrigals recorded by Martinů Voices (choirmaster Lukáš Vasilek). Released by Supraphon, this recording was already awarded Diapason d'Or and Gramophone magazine has marked it as Editor's Choice.

More information can be found on the Classic Prague Awards website: www.classicpragueawards.cz/vitezove.html