Jakub Hrůša and the Czech Philharmonic will perform Symphony No. 5

Starting today, the Czech Philharmonic and Jakub Hrůša will exclusively dedicate three evenings in Rudolfinum to the music of Czech authors. In addition to the Concerto for Piano and Orchestra in G minor by Antonín Dvořák with pianist Pierre-Laurent Aimard, they will perform Suita for orchestra “Festival of Straznice”, Op. 9 by Viktor Kalabis and Symphony No. 5 by Bohuslav Martinů. The Czech Philharmonic will also produce the audiovisual recording of the Bohuslav Martinů symphony, with cooperation with the Czech Television and the German company Unitel. 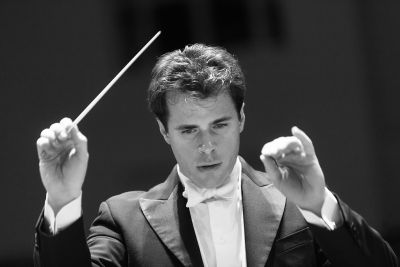 "A well-organized piece, organic and well structured. There are only a very few moments which would not satisfy me anymore  (…) It does not bear an old symphonic form, but newer and better construction,“ Martinů himself described Symphony No. 5, H 310. He composed it in 1946 in New York and a year later, it was premiered in Prague by conductor Rafael Kubelík and the Czech Philharmonic. What makes it different from its fourth predecessor is a loose concept of composition and a tragic character, further emphasized by highly original instrumentation.

Suita for orchestra “Festival of Straznice”, Op. 9 by Viktor Kalabis will also be heard during the concert. This Czech composer was one of the most significant personalities of Czech music in the second half of the 20th century. His works were performed by leading world orchestras and famous conductors. He was also known as a music organizer, for example, he was a co-founder of the Concertino Praga international radio competition, and president of the Bohuslav Martinů Foundation's Board of Directors, where he initiated the foundation of the Martinů Institute.