A new album of Bohuslav Martinů’s Songs on One Page, H 294, Songs on Two Pages, H 302, New Slovak Songs, H 126, and The New Chapbook, H 288, as performed by the soprano Martina Janková, the baritone Tomáš Král and the pianist Ivo Kahánek, will be released by Supraphon on 8 February 2019. 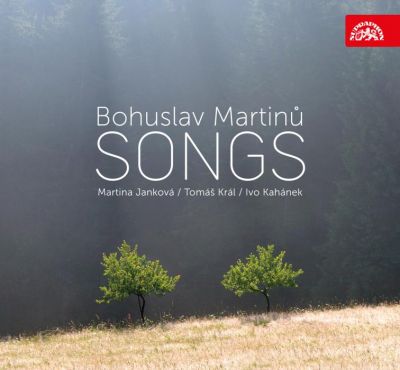 Folk songs are evidently one of the two major sources of inspiration that Bohuslav Martinů drew upon in his music. The composer would take Sušil’s extensive collection of traditional Moravian songs along with him wherever he travelled. The texts from the book were used for the majority of the Songs on One Page, Songs on Two Pages and The New Chapbook. Just as Dvořák had done in his Moravian Duets, so Martinů conceived his own tunes and accompaniment, yet his having been profoundly impacted by folk music, its rhythm, melody and harmonic techniques is clearly audible.

Three renowned artists, bearing an authentic relation to folk music and Martinů’s work alike – the soprano Martina Janková, the baritone Tomáš Králand the pianist Ivo Kahánek – have made a benchmark recording, in which they have succeeded in highlighting the songs’ tender beauty. The singer Martina Janková said: “Performing the songs makes me feel happy. Each of them encompasses people’s stories in their entirety. As in the case of Janáček’s songs, these miniatures compendiously express the substance of human life. I personally deem their perspective and synthetic nature to be extremely important.” 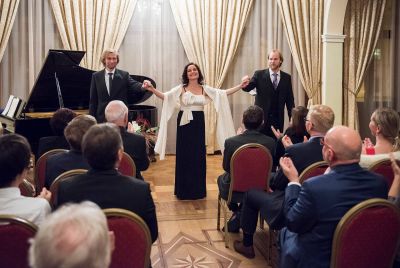 Created in the early 1940s, in the middle of World War II during the composer’s exile in the USA, the three song cycles represented for Martinů and his compatriots a connection with their beleaguered homeland. Jan Masaryk, a Czech diplomat and a proficient amateur pianist, often performed the songs together with the soprano Jarmila Novotná, a MET soloist. Owing to their elliptical expression and modesty, the three cycles may serve as the clue to Martinů’s late works. The New Slovak Songs constitute a unique piece in the composer’s oeuvre; he himself had collected them during his visit to Slovakia in 1920 and subsequently wrote for them piano accompaniments.

You can order the album here.