The US premiere of Juliette in Carnegie Hall

On 22 March 2019, the American Symphony Orchestra will premiere Bohuslav Martinů’s opera Juliette (The Key to Dreams), H 253 in the United States under the baton of Leon Botstein. ’The concert performance of Martinů´s most successful opera will take place in Czech in Carnegie Hall, New York City. Soprano Sara Jakubiak will perform the role of Juliette and the role of, Michel will be sung by tenor Aaron Blake. 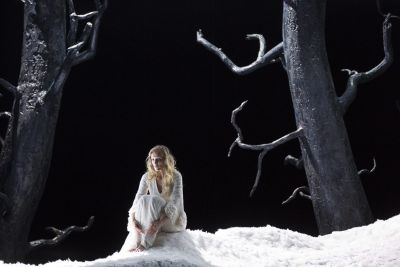 Bohuslav Martinů composed Juliette between 1936 and 1937 in Paris on his own libretto based on the play by Georges Neveux. Years later, Georges Neveux remembered the occasion of meeting Martinů for the first time: "He was a famous composer by then. Darius Milhaud spoke to me about him as one of the greatest musicians of our time. I therefore expected a celebrity but was quite surprised to see in front of me a man of modesty so sincere which I had never encountered before. He was a tall, slim, discreet person and what surprised you immediately was his look and his voice. It was a bit slow, singing, and his French had a charming Czech accent. I think that the feeling of sympathy I experienced was reciprocal. The sensitiveness discernible behind his apparent calm, his peculiar charm and his simplicity - all originated in his homeland. (…) Martinů's liking for the play was obvious, and he enhanced its charm and depth, making a masterpiece of it - I was literally dazzled by it.”

The opera was premiered in Prague on March 16, 1938 at the National Theatre under conductor Václav Talich. In recent years, Juliette has been performed on several opera mainstages and at festivals throughout Europe, including the Bregenz festival, Frankfurt (Main), Bremen, Opera Zürich, Opéra national de Paris, Grand Theatre de Genève, the Berlin State Opera, and Wuppertal or the National Theatre in Prague and Brno. 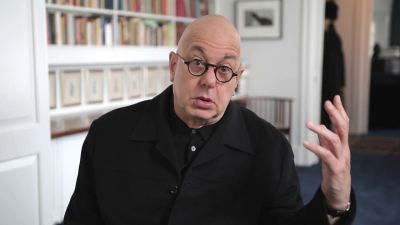 To celebrate  the US premiere, Kevin Filipski interviewed  conductor Leon Botstein for Film Festival Traveler. You can find the original article here.

Kevin Filipski: With so many worthy but underheard 20th century composers from which to choose, how did you pick Martinů?

Leon Botstein: First of all, it’s the quality of the composer, the significance of the composer and the consistency of his music. Over the years, interest in Martinů has grown. There are the orchestral works, of course, and he was an avid opera composer. Two of his operas stand out: his last, The Greek Passion, and Julietta, which is considered his finest opera, a real masterpiece. The more you look into it, the more you see how unusual it is. I like to think of Julietta as a psychoanalytic opera, with extremely innovative use of speech and music, and melodrama and dialogue. It’s really a fantastic piece. I didn’t really know much of its performance history, and it’s never been done in the U.S.

KF: Julietta was originally done in French. Why perform it in Martinů’s original language, Czech?

LB: This is a long back-and-forth. If I remember correctly, I retranslated it from French into Czech. The original story and novel are French. A Martinů scholar has done a new critical edition for the Czech version. Given its performance history and Martinů’s own relationship to the Czech language, he was quite like Janáček, who believed that the actual sound of the language was a crucial element. In Martinů’s case, it’s his own revision of the original version: if you will, an analogy might be made between Beethoven’s Fidelio and Leonore. Fidelio is what we play on the stage, but it’s Beethoven’s distillation of his complete work on this project. The Czech Julietta appears to have the same status. There’s a feeling that Czech is sonically more effective and that this version is the final statement by the composer.

"The more you look into it, the more you see how unusual it is. It’s really a fantastic piece" Leon Botstein

KF: I know you have a list of many worthy operas you’d like to perform. Can you explain your process of choosing them?

LB: This opera was definitely on my list. There’s a whole fantastic repertoire of Czech opera, and two Smetana operas have always been on my list: Dalibor and Two Widows. In Martinů’s case, Julietta and The Greek Passion, as I said earlier, have been on the list of operas that need a fresh look and a fresh hearing. Julietta has been on my mind for awhile: in the 90s, I had the honor of working with Czech pianist Rudolf Firkusny, for whom Martinů wrote his piano concertos. He was a good friend of Martinů and lent me his own score of Martinů’s piano concertos and encouraged me to look into more of his music. For many of us, Martinů was a name but just in a general sense, not for any specific work. There was a tremendous output—he was tremendously prolific—but not anything that was so far in view that you could follow the trail, like Dukas’ The Sorcerer’s Apprentice, for example. When I was preparing for the Dvořák Bard Music Festival (1993), I stumbled on a whole bunch of names that I didn’t know anything about, including Suk and Martinů. Suddenly a whole Czech tradition opened up in the 19th and 20th century. My first encounter with Martinů was with the symphonic music: a few seasons ago I conducted his sixth symphony.

More information about the event: http://americansymphony.org/julietta/