Juliette for the first time in Ostrava

The progressive director duo SKUTR (Martin Kukučka and Lukáš Trpišovský) has prepared a surrealistic work by Bohuslav Martinů, Juliette or The Key of Dreams, H 253 with the ensemble of the National Moravian-Silesian Theatre and guest soloists. The premiere of the opera will take place at the Antonín Dvořák Theatre on Thursday 11 April at 6:30 pm, and the second performance will follow on Saturday 13 April. The National Moravian-Silesian Theatre's first ever production of this opera will honor the 60thanniversary of the composer's death and the anniversary of his birth in 2020. 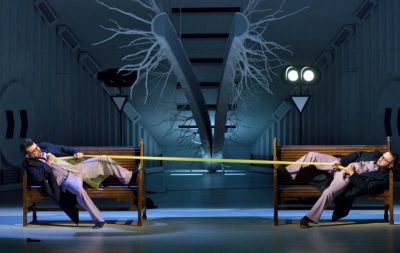 Bohuslav Martinů wrote the opera for Prague's National Theater in 1937, and it was premiered in 1938 by the legendary conductor Václav Talich and director Jindřich Honzl. The libretto is based on a well-known and frequently performed drama by Georges Neveux: Juliette ou la Clé des songes.

For the National Moravian-Silesian Theatre’s performance, the role of Juliette will be performed on an alternating schedule by Kateřina Kněžíková and Doubravka Součková.  The role Michel will be sung by performers Jorge Garza and Luciano Mastro, respectively. "Juliette is beautiful but yet in every manner an unrealizable dream of Michel. I perceive her as a very abstract character. The way she act is strongly connected to the way Michel is dreaming. She is just his dream,” muses Kateřina Kněžíková. “I am always attracted to music well connected with text. In Juliette there are beautiful parts with singing, but also parts really demanding as to the intonation - such as the third act, which is much more challenging for my male colleagues.” 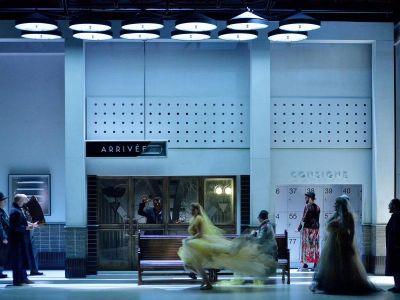 Jakub Klecker, artistic director of the National Moravian-Silesian Theatre, took on the musical preparation of the opera. He notes, “I had a chance to come across Martinů's opera Juliette exactly 10 years ago. In 2009, as a second conductor, I was involved in its production in Brno. Already at that time, this music fascinated me. The audience will be captivated by the colorful and symphonic instrumentation.” In recent years, Klecker has also prepared Ariadne and film-opera Three Wishes or Inconstancy of the Life in Ostrava or The Marriage and The Plays of Mary in Brno.