Czech oboist Martin Daněk takes first prize from this year's Prague Spring International Music Competition. The jury selected him as the winner after the final day, during which the last four contestants performed on May 13 in the Dvořák Hall the Concerto for Oboe and String Orchestra by Ralph Vaughan Williams and Concerto for Oboe and Small Orchestra, H 353 by Bohuslav Martinů. Finalists were accompanied by the Chamber orchestra of the Prague Symphony Orchestra under the baton of Ondřej Vrabec. In addition to the first prize, Martin Daněk won the Bohuslav Martinů Foundation Prize for the best performance of Martinů's piece. 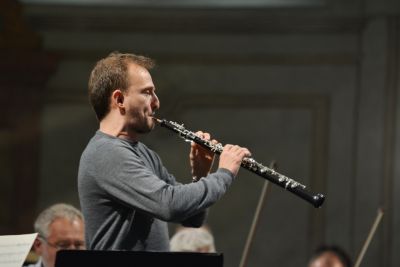 The Concerto for Oboe and Small Orchestra, H 353 was composed by Martinů in April and May 1955 in Nice in the south of France. It was commissioned by the young Czech-Australian oboist Jiří Tancibudek, who at this time was beginning his international career. Jiří Tancibudek premiered the piece in 1956 with the Sydney Symphony Orchestra.