With the end of December, the last issue of the Martinů Revue of 2019 is released. It offers, for example, reviews of the Greek Passion in Leeds and the Plays of Mary in Bremerhaven, texts commemorating pianist Rudolf Firkušný and patron of the arts Paul Sacher, or the first part of texts by Bohuslav Martinů on his life during World War II. The new issue also includes an album from the Bohuslav Martinů Days Festival (years 2017 and 2018). 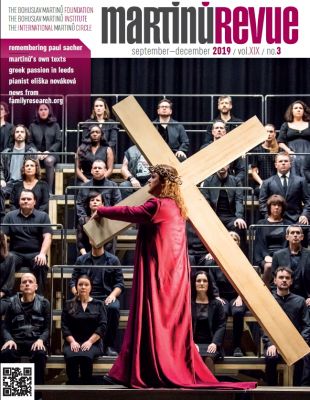 Martinů Revue commemorates the 25th anniversary of the death of pianist Rudolf Firkušný with a review of a book “A Tribute to Rudolf Firkušný 1912–1994: Protege of Leoš Janáček and lifelong friend of Bohuslav Martinů” edited by Richard Beith, longtime member of the Dvořák Society, who sadly passed away in October. The forthcoming ninth volume of the Bohuslav Martinů Complete Edition comprising Incantation. Piano Concerto No. 4, H 358, and Fantasia Concertante. Concerto in B-flat for Piano and Orchestra No. 5, H 366, will be also dedicated to Firkušný’s memory.

This year marks the 60th anniversary of the death of Bohuslav Martinů (1890–1959), and in 2020 we will celebrate the 130th anniversary of his birth. To commemorate these occasions, Martinů Revue has prepared several texts penned by the composer himself. Martinů wrote many interesting essays and commentaries, many of which are scattered among his extensive correspondence. In this issue and the next one, we reproduce Martinů’s account of his experience of the years of World War II. In a text by Aleš Březina, Martinů Revue also honors the memory of Paul Sacher, conductor, patron and personal friend of Bohuslav Martinů, who died two decades ago in 1999.

Martinů Revue also contains a review of the September production of the Greek Passion from Opera North in Leeds, where they staged the first version of the opera. “The premiere at the Theatre and Opera House in Leeds was, first and foremost, a vibrant, successful, and impressive performance – largely thanks to Christopher Alden’s direction, Garry Walker’s interpretation of the music, and the excellent soloists,” writes Petr Veber from KlasikaPlus.cz. Another opera production, The Plays of Mary in Bremerhaven, is reviewed by Nordsee-Zeitung, Deutschlandfunk Kultur a Die Deutsche Bühne. 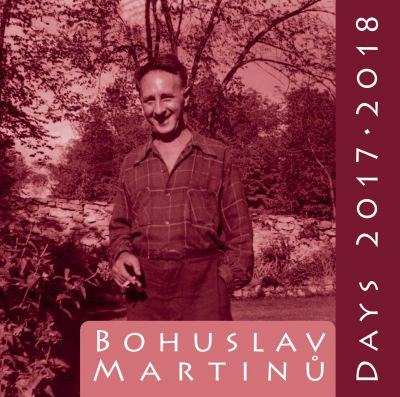 It is our pleasure to inform you, that IMC members will recieve together with this issue of the Martinů Revue a double CD from the Bohuslav Martinů Days 2017–2018.