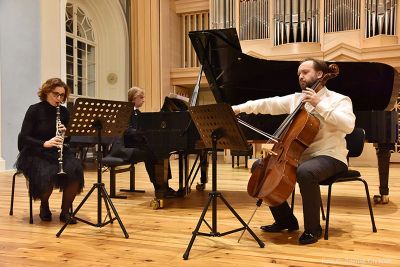 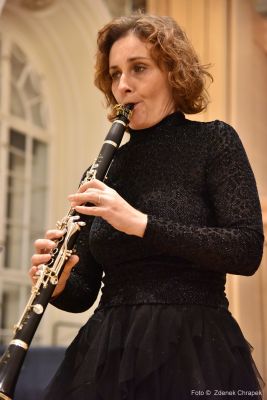 A WORD ON THE PROGRAMME

Fairy Tale for violoncello and piano by Leoš Janáček comes from 1923. Janáček always
had an affinity for Russia and its culture; Fairy Tale is no exception, being a loose adaptation
of V. A. Zhukovsky’s story about Tsar Berendyey, his son Tsarevich Ivan, the guile of
Koshchei the Immortal, and the wisdom of Tsarevna Marya, Koshchei’s daughter. Of course,
Janáček did not illustrate the plot of his inspiration, but rather he applied his typical
compositional approach to capture the mood of the work of the Russian classic. All the same,
the final movement contains a theme of such Russian-sounding authenticity that
contemporary reviewers considered it to be a Russian folk tune. Fairy Tale is Janáček’s only
composition for violoncello and piano – if we discount the two-minute Presto, which appears
to have been originally intended as a part of Fairy Tale.

Bohuslav Martinů always had a “soft spot” for chamber music from the very start of his
career, as he did for the sonata form. In 1939 he wrote his first sonata for violoncello and
piano, followed by a second one two years later and finally by Sonata No. 3 for violoncello
and piano, H 340, in 1952. It was composed in Europe, during the Martinůs’ holiday stay in
Vieux Moulin, France, where they had arrived in May. The work gained its definitive shape
after their return to the US. It is dedicated “To the memory of Hans Kindler”, a famous
American cellist and conductor of Dutch descent.

The sonata was premiered in Washington, DC, on 8 January 1953 by the cellist George Ricci
(the brother of the violinist Ruggiero Ricci) and Earl Wild, a pianist who excelled equally in
jazz and in classical music. Martinů’s Sonata No. 3 is characterised by considerable
simplicity, a certain lucidity of both harmony and melody. The work’s form is also free-flowing
yet well ordered. Martinů expresses himself freely and without limitations, with simple means
and Czech idioms, openly and emotionally – with the handwriting (and heart) of a Maestro
who knows both what he wants to say and how he will say it.

Heinrich Sutermeister was a Swiss composer, the author of concert pieces, chamber
music, and a dozen or so operas. His oeuvre features arching melodies, diatonic
progressions, and harmonies and melodies that are both comprehensible and broadly
accessible. Such is also his Capriccio for solo clarinet in A from 1947, which was
commissioned by the International Music Competition in Geneva and which utilises a
plethora of technical and expressive means to “test” the abilities of the performer. It contains
many abrupt changes in dynamics, metre, and mood, with the composer dictating a
succession of spirito, legatissimo, grazioso, giocoso, eleganza, ruvido, or amabile, which all
reinforces the capriciousness of the work. Sutermeister revisited the clarinet a whole 30
years later to provide it with a concerto with orchestra.

Trio in A minor for clarinet, violoncello and piano Op. 114 is the first of four chamber
works which Johannes Brahms devoted to the clarinet and invested with his inspiration by
the clarinet skills of Richard Mühlfeld of the Meiningen Court Orchestra. The composition
was written in Bad Ischl in summer 1891 and is a typical example of the balanced
concertante style of Brahms’ late output. It has a classic four-movement four and could be
hyperbolically said to “merely” offer perfect compositional mastery and captivating Romantic
sincerity. It is clear that he composed the trio “with the clarinet in mind”. The composition is
intended for an A clarinet, but the publisher added an alternative option for the viola. Brahms
admired Mühlfeld’s play especially for its soft and refined style. The works that he dedicated
to the musician provide numerous ways in which to demonstrate instrumental perfection,
musicality, at times even intimate expressions of mood – and last but not least, a beauty of
tone. The work was first performed on 12 December 1891, with the cello part played by
Robert Hausmann and the piano managed by the composer himself, Johannes Brahms.

graduated from Academy of Performing Arts in Prague. She also
studied at Guildhall School of Music and Drama in London (UK). She is an excellent
clarinettist, a laureate of prestigious International Competition Prague Spring (2002). She
gives regular concerts in both Czech Republic and abroad together with famous orchestras
(such as Pilsen Philharmonic, Slovak radio orchestra, Moravian Philharmonic, Olomouc,
Prague Chamber Orchestra, Czech Philharmonic, Kurvald Orchestra Mannhemi and many
more). Her engagement in chamber music is also significant. She is a member of Škampa
Quartet, Stamic Quartet, Zemlinsky Quartett, and others. Since 2001 she is also a member
of the State Opera of National Theatre, playing 1st clarinet since 2017. Also, she regularly
cooperates with Czech Radio and TV.

is one of the most gifted Czech cellists of his generation. He studies at the
Prague Conservatoire, the Music Faculty of the Academi of Performing Arts in Prague,
Hochschule für Musik in Dresden and the Royal Constervatoire in Madrid. He attended
masterclasses led by Mstislav Rostropovich and others. He has performed at more than
1,800 concerts in 40 countries of the world; he is a regular guest at Prague Spring Festival,
the Janáček May Festival and the Dvořák Prague Festival. He collaborates with conductors
the likes of Jakub Hrůša, Charles Olivieri-Munroe, Petr Altrichter or Tomáš Brauner. He is
pedagogically active at the Prague Conservatoire. His recording of Sonatas for cello and
piano by Bohuslav Martinů published in 2019 and recorded with the legendary swiss pianist
Gérard Wyss has received positive reviews both in Czech republic and abroad.

is considered one of the best Czech pianists of the present day. The
undisputed winner of the Prague Spring International Music Competition in 2004 regularly
works with pre-eminent Czech and international orchestras and musicians. In 2007 he
performed for the BBC Proms at the Royal Albert Hall in London, where he joined the BBC
Symphony Orchestra conducted by Jiří Bělohlávek for a rendition of Piano Concerto No. 4
(Incantations) by Bohuslav Martinů. Ivo Kahánek repeated the concerto with the Berlin
Philharmonic under the baton of Sir Simon Rattle in 2014. His album (Janáček – Martinů –
Kabeláč) received the best possible rating in specialised international music magazines –
Classics Today (USA), Le Monde de la Musique (France), and Fanfare (USA). Ivo Kahánek
is a graduate of the Janáček Conservatoire in Ostrava in the class of Mgr. Marta Toaderová
and of the Academy of Performing Arts in Prague in the class of Prof. Ivan Klánský. 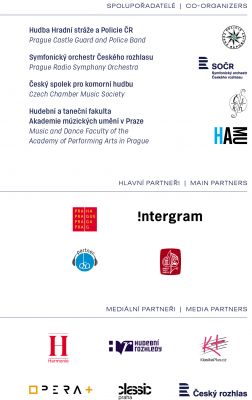