The newly discovered version of String Quartet No. 2

In the beginning of December, the newly-found early version of the String Quartet No. 2, H. 150 had its world digital premiere at the 25th Anniversary Concert of the Bohuslav Martinů Institute. The concert was live-streamed and you can still listen to the performance of the Zemlinsky Quartet here. We are now bringing a text written by Aleš Březina, director of the Bohuslav Martinů Institute, dedicated to the historical context of the early version.

If we include the early string quartet Three Riders, H 1 (c. 1902), which Bohuslav Martinů took with him to the entrance exams at the Prague Conservatoire, then the missing string quartet, H 60 (1912), String Quartet in E-flat major, H 103 (from 1917, dubbed “No. 0”), and String Quartet No. 1, H 117 (“French”, apparently written a year later), we would be right to note String Quartet No. 2, H 150 (1925), as the composer’s fifth foray into a genre that has been considered the pinnacle of chamber music since the days of the Viennese classics. 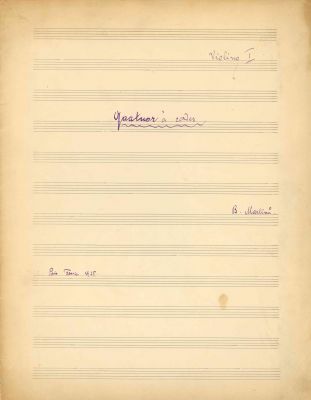 The high demands that Martinů made of himself when writing the work, one of his first after moving to Paris in November 1923, is clearly evidenced by the unusually protracted compositional process. Even though Martinů composed Piano Concerto No. 1, H 149, in the same year, alongside several other shorter works, the more than eight months that he spent on his Second String Quartet is highly irregular for the swift productivity of Martinů. Last year’s fresh discover of the previously unknown first version of the composition, dated “Février 1925” on the title page of the part of the first violin, sheds light on this enigma – in the given period, Martinů had composed two whole quartets that differ entirely, bar the slow second movement.

Martinů first mentioned the composition in a letter to Stanislav Novák from 5 February 1925: “I am […] making a new string quartet right now, which I would prefer to have played here [in Paris] and which I will give to the Zikas [Zika Quartet]. I hope to have it done in February. So prepare them for the fact they would have to play it here. […] Tell me if they agree, else I would engage someone else for it.” Two days later he revisited the topic in another letter to Novák: “I am in full swing with the quartet, which feels to be very remarkable. I will send it to you afterwards, and work out things with the Zikas like I wrote to you […]. I am glad the quartet is going well.” It is also worth mentioning that Martinů discussed the composition with his private teacher of composition, Albert Roussel: “Roussel has probably given up on me, but he likes the pieces nonetheless, and we go through them in detail. I have to take his lessons because it is in the contract with the ministry. But he is an immensely kind person and he hardly corrects anything from me any more.” (ibid.)

The Zika Quartet’s response to the offer appears to have been negative, and so Novák met up with three other musicians in Plasy near Pilsen during the summer of 1925, and together they established the Novák-Frank Quartet. According to Jaroslav Mihule (Osud, p. 132), they “performed the work publicly there for the first time and Martinů then reworked the composition considerably based on their feedback.” The final second version of the work was also officially dedicated to the ensemble by the composer. Until recently, the extent of the revision and its cause were unknown. The circumstances and specific form of the composer’s interventions in the original version were only brought to light by last year’s discovery of the complete autograph score and the first movement of the part of the first violin.

The present owner, the cellist Jan Vogler, procured both autographs from a dealer with rare manuscripts in Florida, without any prior information that this was the unknown early form of the composition. As soon as he realised this, he immediately contacted the Bohuslav Martinů Institute, which had the work professionally transcribed following approval by Universal Edition Wien, which holds the publishing rights to the final version of the quartet. Its present-day premiere took place on 4 August 2020 at the chamber music festival in Mortizburg, Germany, which is familiar to Czech audiences as the shooting location of the classic fairy-tale film Three Gifts for Cinderella. The composition’s renewed domestic debut was performed by the Zemlinsky Quartet at the concert celebrating 25 years of the Bohuslav Martinů Institute on 7 December 2020. 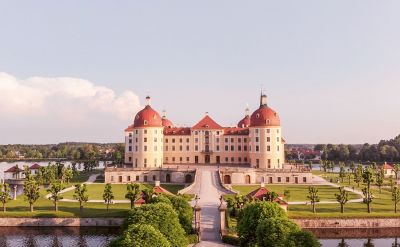 The first version’s terseness and dissonance places it closer to String Trio No. 1, H 136 (1923), than to the final form of String Quartet No. 2. It features frequent alternations of metre, melodic phrases oscillating around mutually divergent tone cores, strong dissonances stemming from distinctively chromatic harmonies, polytonality, the occasional parallel progression of parts, the segmentation of musical developments in brief, detached blocks. It is a supremely intriguing work, stylistically inclined towards the contemporary tendencies of Neue Sachlichkeit, that is, marked to a certain extent by deliberate objectivity and considerable impersonality. It is also characterised at times by its almost symphonic texture.

Why did Martinů revise the work so radically, and why did he never publish its first version? A study of the autograph of the initial composition suggests a hypothesis that we will probably never be able to verify. To formulate it, we must return to the period that immediately preceded the genesis of String Quartet No. 2.

On 7 December 1924, roughly a quarter of a year before the creation of the first version of Quartet No. 2, Prague experienced the world premiere of Martinů’s orchestral Half-time, H 142 (1924). The composition caused an outrage among listeners and critics alike, who blasted it with largely negative reviews. Martinů was glad of the uproar, but in his article “The Case of Half-time, or the Tragedy of Broken Triads”, published in Listy Hudební matice (IV, 1924, No. 5) and dated “Paris, 24 December 1924” by the composer, he emphatically denied allegations of having plagiarised Igor Stravinsky and specifically the music to his ballet Petrushka:

"Half-time’s form is completely different than the form of any part of Petrushka. The development of motives and motivic work is utterly divergent from Stravinsky. Nowhere in Petrushka is there instrumentation of the sort I used in Half-time. The whole work, relying on a small rhythmic motive, is built up in a logical and organic manner, which I consider unalterable, that has no even approximate analogy in Petrushka. With regard to that similar motive (that is, the broken triad) to the one in Petrushka, I cannot trouble myself with that, because in my case it plays the role of a mere anacrusis and has a negligible impact on the composition as a whole. […] I do not deny of course that Stravinsky has influenced me, […] as has everything that happens around me. And it is possible that this influence is contained in Half-time. But it is surely a certain manifestation, a certain style, expression, and not several segments that happen to resemble this or that."

However, the composer made no secret of his admiration for Petrushka to Stanislav Novák, to whom he wrote on 17 December 1923, just a month after his move to Paris: “I heard Petrushka at a concert, what a right racket that is, a pity you do not play it [in the Czech Philharmonic]. Here among these Fr.[ench] works that are mostly ‘entre nous’ tremendously dragged out, it feels like a bomb, but masterfully made.” Novák was also the addressee of a letter from 7 February 1925, in which Martinů responded to further accusations of plagiarising Stravinsky following the premiere of his ballet Who Is the Most Powerful in the World, H 133 (1922), which was staged in Brno on 31 January 1925:

"Please tell everyone […] that my ballet about the mice is three years old so [I composed it] at a time when I knew nothing about Stravinsky, only that he wrote Petrushka, but I was not familiar with it. It is getting a bit ridiculous, this constant analogising with Str.[avinsky].”

In light of these objections against having his early Paris works marked with the influence of Igor Stravinsky, it is most surprising that in the first movement of the original version of String Quartet No. 2, Martinů exposes the main theme, which is much closer to Petrushka than the aforementioned “broken triad” in the introduction of Half-time. The theme in question is from the “Dance of the Coachmen” in the fourth tableau of Stravinsky’s ballet. It is characterised by a descending melody in the range of a fifth, which is reminiscent of the melodies of Russian folk songs. Stravinsky first presents it in A major, while Martinů exposes it in bar 26 of the first violin in the first movement, that is, immediately after the conclusion of the composition’s slow introduction, and it permeates the whole movement right up to its final bars. Its initial presentation is all the more striking because it is played free of accompaniment by any of the other instruments, in forte and with the additional instruction of “sharply at the frog”.

The same distinctive theme is also the basis for the second movement, although it is so thoroughly augmented that it does not provoke any direct association with Stravinsky’s “Dance of the Coachmen”, which is possibly why Martinů retained it in the final version of the work without any change at all. Not so in the third movement, where Martinů again returned too noticeably to the main theme of the first movement, and it may be presumed that for this very reason he radically reworked it in the second version of String Quartet No. 2.

The possibility that Martinů – desiring to make a name for himself both with Czech audiences and especially within the Paris scene, which was intimately familiar with Igor Stravinsky – would consider doing so with a work that is so unabashedly thematically inspired by one of the most popular compositions of the Russian avant-gardist, is hardly imaginable from our present-day retrospective. Regardless of whether Martinů was led to rework the quartet by the feedback from its initial performers at the concert in Plasy or whether the composer himself came to this conclusion upon hearing the work, it is certain that the revision was a crucial step in the search for his own musical language. The many performances of the final version of String Quartet No. 2 as interpreted by both the Novák-Frank Quartet and also the Hindemith-Amar Quartet helped Bohuslav Martinů assert himself as one of the most prominent young composers throughout Europe in the 1920s.

Text written by Aleš Březina, the director of the Bohuslav Martinů Institute