An Evening with Bohuslav Martinů on Golden Prague Television Festival

Golden Prague International Television Festival will premiere the acted documentary on Bohuslav Martinů produced by Czech Television. A teaser from cycle about the symphonies of B. Martinů with commentary by conductor Jakub Hrůša and musicologist Aleš Březina, the director of BM Institute, will be screened too on the evening gala 24 September 2021. 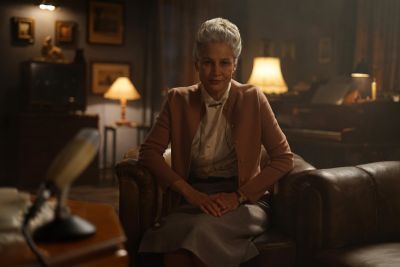 An extract from the co-production series of symphonies of Bohuslav Martinů with comments from conductor Jakub Hrůša and musicologist Aleš Březina.

My Life with Bohuslav Martinů

The Premiere Gala of the documentary feature which uses two narrators to guide us through the life and work of the brilliant Czech composer. The film is partially based on the eponymous book written by the composer’s wife Charlotte. Her memories bring us a very detailed portrait of the protagonist and also breath a human dimension into the film. The second narrator of the story is Bohuslav’s friend and biographer Miloš Šafránek, who very unfortunately got himself involved with the STB, the Czechoslovakian communist secret police.

The film uses testimonies of partially documentary character, recreated scenes and realistic film footage to bring us not only the music of the great composer but also to shed light onto his personal life, opinions, feelings and attitudes. The creators filmed not only in the film studios but also in the National Theatre, the town of Polička and the Côte d’Azur.