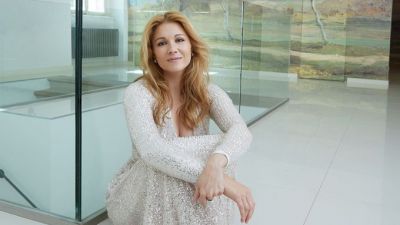 The winners of the 16th annual BBC Music Magazine Awards – the only classical music recording awards in which the main categories are voted for by the public – were announced at a live ceremony at Kings Place in London on Thursday 28 April evening.

The prize in the Vocal Category went to Kateřina Kněžíková for her solo album Phydilé, recorded with the Janáček Philharmonic Ostrava under the baton of Robert Jindra. Among other things, Kateřina Kněžíková played the title role in Martinů's opera Juliette in 2019, which was performed by the National Theater of Moravian-Silesian Ostrava and for which she won the Thalia theater prize.

The album takes its title from the song by the French composer Henri Duparc, written in 1882, depicting a simple and pious country girl of the same name.

“Phydilé was a real person, she was very religious. I remember I was travelling somewhere and heard the song for the first time and it was like everything stopped at the moment...I was just listening and living the song with her. So it was a very special and magic moment for me and I decided at that moment that I would give the album this name.”

Kateřina Kněžíková graduated from Prague Conservatory in 2007 and completed her university degree at the Academy of Performing Arts in Prague three years later. In 2005 she made her debut as Zerlina in Mozart‘s Don Giovanni at the National Theatre in Prague, and has since appeared regularly on its stage.

She has also performed at opera houses and concert venues around the world, with the BBC Symphony Orchestra, the Bamberger Symphoniker and the Deutsches Symphonie-Orchester Berlin. One of the biggest highlights of her career was the title role in Janáček's opera Katya Kabanova in Glyndebourne in June last year.

Kněžíková is not the only Czech recipient of the BBC Music Magazine Award. In 2020, it was awarded to Czech pianist Ivo Kahánek in the concert music category for his album of piano concertos by Antonín Dvořák and Bohuslav Martinů, recorded with the Bamberger Symphoniker conducted by Jakub Hrůša. Other recipients also include the Pavel Haas Quartet and the Smetana Trio.