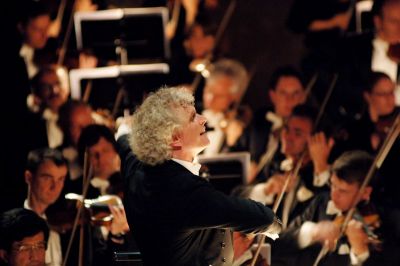 November 15 2014, Berlin Philharmonic with Sir Simon Rattle will return back to Prague to open the 2nd edition of Rudolf Firkušný Piano Festival with Concerto for Piano and Orchestra No. 4 - Incantation, H 358 by Bohuslav Martinů, performed by Czech pianist Ivo Kahánek.

Incantation was added to the programme thanks to the organiser of the Rudolf Firkušný festival, Prague Spring. It was the legendary virtuoso who premiered the composition in New York in October 1956.

Firkušný was a very good friend of Martinů, and the composer even granted him with exclusivity on the concerto's intepretation rights. Martinů himself wrote on Incantation that it was "an expression of unrelenting search for truth and the meaning of life, as well as a homage to music, musician's shelter, his power and weapon".

35 year-old Ivo Kahánek is only the second Czech pianist to ever perform with the Berlin Philharmonic (the first being Firkušný). However, he has successfully performed Incantation during BBC Proms in 2007 - with the BBC Symphony Orchestra and Jiří Bělohlávek at the Royal Albert Hall in London.