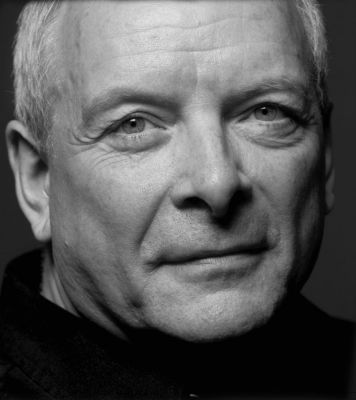 It is with an immense grief that the Institute of Bohuslav Martinů received the news of Christopher Hogwood’s passing away. In his personality, a universal erudition combined with sharp intellect and innate instinctive musicality. Martinů has lost one of the most qualified and influential advocates of his music, B. Martinů Institute has lost one of the most distinctive personalities of the Bohuslav Martinů Complete Edition Board and a good friend.

Christopher Hogwood, CBE was one of the most important conductors pioneering baroque (Händel), classical (Haydn, Mozart) as well as the music of Early Romantics (Brahms) and the neo-classical movement. A regular guest collaborating with the best orchestras and opera houses in the world, he was universally praised as a leading advocate of the early music movement. In 1973 he founded the Academy of Ancient Music in Cambridge (AAM) where he pioneered innovative approaches in interpretation with period instruments. Between 1964 – 1965, he studied harpsichord with prof. Zuzana Růžičková in Prague. A life-long ambassador of Bohuslav Martinů, Christopher Hogwood focused equally on the legacy of Stravinsky, Britten, Copland, Tippett or Honegger.

Hogwood’s lengthy discography of recordings of Martinů includes regular collaborations with the Czech Philharmonic Orchestra, Prague Philharmonia, Kamerorchester Basel or Saint Paul Chamber Orchestra. Releases on Decca Classics, Hyperion Records or Supraphon include the complete production of La Revue de la Cuisine or the complete works for violin and orchestra with Bohuslav Matoušek, amongst others.

Christopher Hogwood was long-serving member of the Editorial Board of the Bohuslav Martinu Complete Edition, elaborating on “Sinfonia Concertante” which is to be released among the first ten volumes.

Christopher Hogwood was also one of the founding members of the International Martinů Circle established in 2010, and was awarded the Bohuslav Martinů Medal for his unrelenting efforts in promoting Martinů’s legacy in 1999.

Listen to an exclusive podcast of Gramophone magazine from 2011 made to celebrate the conductor’s 70th birthday: http://www.gramophone.co.uk/classical-music-news/remembering-christopher-hogwood