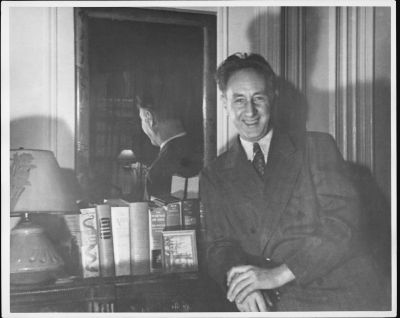 Most of us were not present at 1948 US premiere of Martinů’s Fifth Symphony, yet we can all hear Ernest Ansermet and the NBC Symphony Orchestra deliver a stunning performance on January 24th, 1948 in New York. Accompanied by Patrick Lambert’s essential text, it explains more in-depth details of the performance and serves as a perfect guide to the Fifth, written originally for the Czech Philharmonic under Václav Talich.

Speaking of the Czech Philharmonic, one of its current assets (and the cello concertmaster) is Václav Petr, a young wunderkind whose career so far has been marked by prodigious onset, enabling him to perform solo with the orchestra at the age of 12 and won him 1st prize in a number of competitions in Czech Republic and abroad, including the Bohuslav Martinů Foundation violoncello competition (2008 and 2012). You can listen to his 2012 winning performance of Sonata No. 2, for violoncello and piano H 286, accompanied by pianist Alena Kohoutová.

Both a historical jewel and currently one of the best violoncello performers combined in one CD – you’d better not want to miss the opportunity! The CD comes with the latest issue of Martinů Revue published by the International Martinů Circle and the Bohuslav Martinů Institute in Prague. Get it now and become a member of the IMC, the worldwide network of fans of Martinů’s music.

Follow IMC on FB for more updates and news:  https://www.facebook.com/InternationalMartinuCircle